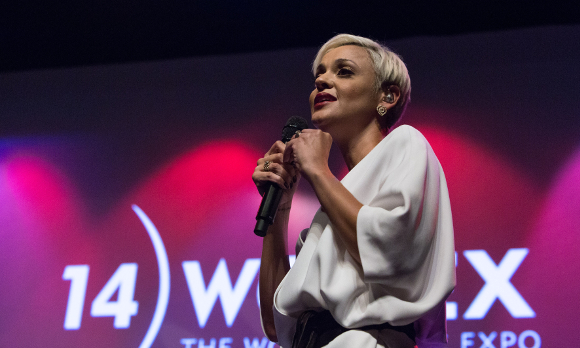 Fado is the sound of Portugal. This music defines the country, both to outsiders and to the Portuguese themselves. It sounds ancient and earthy, but fado is no folk music – this is a music of the city, seeded in Afro-Brazilian culture but grown in the poorest areas of Lisbon, where the cultures of the Portuguese, Brazilians, Africans and Moors mixed freely. Fadistas sing of that most Portuguese of sentiments, saudade. The word has no English counterpart, but it brings to mind nostalgia – an aching, a longing. The topic of love is ever-present, of course, but fados also sing of the city, of its sea and its fisherman, of its tavernas and their customers. It is music of the people, and so it reflects the people, their lives and their histories. The style has had many shining stars – from Maria Severa at its very beginnings to the irreplaceable Queen of Fado, Amália Rodrigues. To that list must surely be added Mariza. She has brought this traditional style into the 21st century with the utmost sympathy, turning the earthy into the other-worldly and building upon Amália’s legacy by continuing fado’s spread into the worldwide consciousness.

Although born in Mozambique, Mariza grew up in the Mouraria district of Lisbon, one of the most important areas in the history of fado. Her parents ran a traditional taverna, exposing her to the true breadth of the style – workers and fishermen would start impromptu sessions during the week, and at the weekend, professional singers would come to perform. By the age of seven, Mariza was already singing in music houses across the city.

Mariza really has taken fado and made it her own – her ears face in all directions and she takes influence from the past, the present, and from all over the world. Whether her sound has a hint of country music, a breeze of morna or even a nod to pop, Mariza brings it all together to make something that could not be considered at all apart from fado, such is the depth of her understanding of the form. And this isn’t even mentioning her voice. Hundreds of words have been devoted to the beauty that emanates from Mariza’s mouth, and among them every conceivable superlative. But it’s something that defies definition and all but the most vague description. Simply, it is a voice that touches the soul. And it does so around the world – the Portuguese language no barrier. Mariza herself says “language is not a frontier, you don’t have to understand what I’m saying, because fados have the power of crossing the frontier and make you feel emotions.”

There are many lists that could signal Mariza’s position as one of the most important singers of her generation: her awards and honorifics (Commander of the Order of Prince Henry, Chevalier de l’Ordre des Arts et Lettres, countless ‘Best Artist’ and ‘Best Album’ awards from all over the world); her collaborators (Gilberto Gil, Cesária Évora, Lenny Kravitz, Sting, Jaques Morelenbaum, Tito Paris...); or the stages she has graced (Carnegie Hall, the Royal Albert Hall, the Sydney Opera House, the Hollywood Bowl...). But all of these are just clues, hints that this is an artist whose skill truly demands attention. Just 13 years after the release of her debut album (and 12 years since her first performance at WOMEX), we are delighted to be able to bring her to Santiago de Compostela to confer on her the highest artist honour that we can: the WOMEX Artist Award 14.

Musical excellence, popular and commercial success, innovation with a commitment to cultural roots, spreading the music of fado and the sonic world of Lusophonia to a global audience, and dedication to a musical vision without compromise: through her own art, Mariza shows us the epitome of fado, and by extension, the epitome of Portugal and its people.

“Mariza is clearly acknowledged as the top exponent of fado of the younger generation. In fact, she is as deeply loved by the Portuguese audiences as by her international audiences, which is something that hasn’t happened since the time of Amália.”
Rui Viera Nery, fado historian

“She is not only a great artist with a wide appeal, but she’s also articulate and informed about the music – which is why she was such a good subject for a documentary. As well as bringing a new and extensive audience to fado, she’s also inspired some excellent new songs written specially for her – like the song ‘Transparente’ about her Mozambican ancestry.”
Simon Broughton, Director, Mariza and the Story of Fado

“Mariza is one of Europe’s greatest singers, with an exquisite voice and a powerful stage presence to match. Her performances are infused with passion, warmth, and immense charm, taking Portugal’s urban blues, fado, to new heights.”
Lucy Duran, Presenter of the WOMEX 14 Artist Award