Helsinki-Cotonou Ensemble - The Road is Long: Live at Savoy Theatre 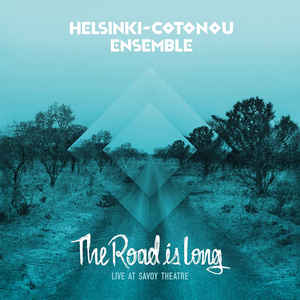 When you have four attempts at recording a live album in Cotonou, Benin, and each of them fail, what do you do? Well, when your name is the Helsinki-Cotonou Ensemble, the next step is rather obvious. That’s how the voodoo funk group ended up recording their third album on New Year’s Eve 2015 at the Savoy Theatre in Helsinki, Finland.

With this sort of band – their music made for heavy all-night dance parties – the popular opinion is that ‘you have to see them live’, so it’s a pleasure to hear the ensemble in their natural setting.

Of the five tracks on this album, it’s the two pieces from the group’s debut, ‘Agamafa Hèdé’ and ‘Adande’, that feel the tightest. That’s no doubt due to them having longer to stew and develop on the setlist, and consequently allow the band to let go and jump more: there is some seriously wigged-out Afrofunk sax solos on these tracks.

As enjoyable as this live album is, it serves as more of a teaser for their shows: the music is fun but it can’t recreate the atmosphere, and the length (only five tracks) will no doubt leave you angling for more.
Posted by JimHxn
Email ThisBlogThis!Share to TwitterShare to FacebookShare to Pinterest
Labels: Album Review, Benin, Finland, Songlines Magazine 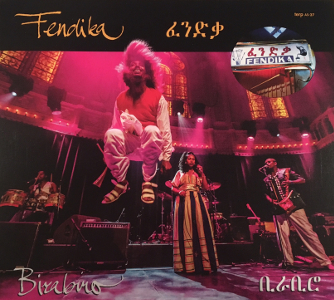 Azmaribetoch are the centres of Ethiopian traditional music, places to enjoy the songs, dance and stories of the azmari troubadours. The Fendika azmaribet, run by dancer and artistic director Melaku Belay, is one of the most renowned in Addis Ababa, and with its house band recording and touring internationally as two ensembles – Fendika and Ethiocolor – their reputation is now extending worldwide.

Reflecting Addis Ababa’s standing as a cultural hub, Fendika’s repertoire expands across the many regions and ethnicities of Ethiopia, and their third album shows it off well. Birabiro captures an authentic aural experience of the azmaribet. The ensemble is small and acoustic – the music is made from just voice, kebero drums and overtone-rich masenko fiddle. But together they provide a whole range of atmospheres, from dark and bluesy on the track ‘Zelesegna’ to the party vibe of ‘Yewolaya Weyo’. It’s just a shame that we’ve not yet found a way to give the full impact of dancers on CD or vinyl.

So the next time you’re in Addis Ababa, head over to Fendika azmaribet for a great evening of music and dance – in the meantime, get this album and go there with your ears!