The 1970s were the time for dance bands in East Africa, but Sunburst weren’t one of the ten-a-penny. Hailing from Tanzania, they eventually relocated to Zambia, and gained a reputation as a red-hot crowd puller.

And red-hot they clearly were. Although the roots of the dance band explosion lie in Congolese rumba, Sunburst set themselves apart by taking more influence from rock, psychedelia and soul than Latin styles, and their recordings even show reference points from roots reggae and taarab – all held together tightly by a strong East African root.

The band was short-lived, lasting only six years from their beginnings in 1970 to their eventual drifting apart, and with this release, Strut Records manages to cram their entire recorded output (29 tracks) onto two CDs. The first disc is dedicated to their only album, 1976’s Ave Africa; the second compiles early radio sessions and singles. Released as a standalone album at the end of their career, the first disc is understandably the tighter and more sophisticated of the set, but the second still contains gems, and provides interesting comparisons to track the group’s musical development.

This is a wonderful album. Get out in the sun, relive these perfect 70s sounds and dance!
Posted by JimHxn
Email ThisBlogThis!Share to TwitterShare to FacebookShare to Pinterest
Labels: Album Review, Songlines Magazine, Tanzania, Zambia 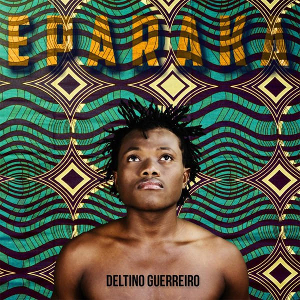 Eparaka is the debut album from young Mozambican singer Deltino Guerreiro. It’s been two years in the making, and the final result is sweet and laid-back.

Sounds on the album come from all over, but it remains overwhelmingly Lusophone: as well as local styles, Guerreiro draws heavily from Brazilian bossa and samba, as well as elements from modern Portuguese and Angolan music. The influence of soul also hangs heavily across the band’s grooves and a sprinkle of jazz is occasionally and tastefully applied, too. Over all of this floats Guerreiro’s dulcet tones; his voice has an oddly James Taylor-esque vibe; it’s soft but assured, and full of feeling.

Electronics flow through the album – a drum machine and some programming here, a synth and some studio trickery there – but it all slots in well to the mix. Despite this, and the occasionally full arrangements, the album’s overall feel is surprisingly acoustic, as if the whole thing could be rerecorded with acoustic guitar, piano, double bass and percussion and keep the same vibe.

With Eparaka, Deltino Guerreiro has made an album that’s ideal for a chilled-out, warm summer’s night, and that gets even better with relistening. 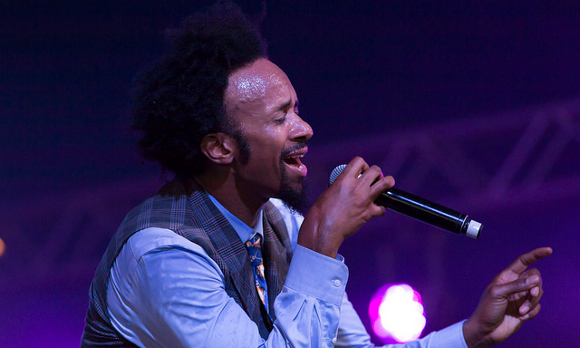 What happens when a down-on-their-luck pop-R’n’B singer leaves the music world in tragic circumstances and turns their hand to farming (both legal and otherwise), before feeling that creative spark again? Well, if that singer is Xavier Dphrepaulezz, they re-invent themselves as Fantastic Negrito, one of the hottest talents on the American blues scene.

Back in the 90s, Dphrepaulezz’s R’n’B sound landed him a million-dollar record deal, but after a not-successful-enough first album, that deal turned into major label hell and Xavier (as he was then known) turned his back on music. 20 years later, and under the guise of Fantastic Negrito, he is making the airwaves buzz anew.

The sounds of Dphrepaulezz’s childhood were jazz, blues, classical and traditional African music – his Somali-Caribbean father forbade popular music, calling it a corrupting influence. The singer says this childhood exposure to the blues fell on unappreciative ears: “I wasn’t ready to hear it as a youngster, I thought it was terrible. But after I turned 40, and I’d buried a couple people and I’d lived through tragedies, and I’d lived life, for some reason it just resonated with me so much, spiritually – because I had lived!”

The birth of Fantastic Negrito was a classic rise from the ashes. When a car crash left him in a coma for three weeks, he decided life’s too short to make music you don’t believe in. It was five years later, singing to his infant son, that he realised what music he did believe in. Since this musical rebirth, Fantastic Negrito’s music is like looking into an alternate dimension of 21st century blues, where 70s middle-of-the-road blues-rock never happened. “It’s blues but it’s got a gospel-punk delivery – some guy called me the punk rock Al Green!”

“I was entrenched and indoctrinated into viewing music differently from such a young age…the things I didn’t really dig as a kid really came back as an adult”. With this musical progression, Dphrepaulezz is looking back – and the link to African music is still there. Asked what sounds he’s digging at the moment, there’s no hesitation: “Songhoy Blues. They’re amazing. I met them in Australia and we jammed together. I’ve been a fan ever since.” It’s a partnership that he wouldn’t mind developing. “I like all collaborations, as long as they’re real. It would be interesting because there’s a different school of thought going on in terms of the approach to the music, it’s fascinating.”

Fantastic Negrito’s first album only came out in June, but the music has already been heaped in hype: he won NPR’s Tiny Desk Contest out of 7,000 entrants, provided the theme tune for hit drama series Hand of God and was personally invited to perform at Bernie Sanders’ New Hampshire rally. And that’s on top of his recently-finished 43-date tour, which took in four continents over 45 days (“it was hardcore!”).

So after a life of reinvention, what’s next? “Who knows? I never knew there would be a Fantastic Negrito. It’s just happening now and I’m enjoying it. It’s not bad!”