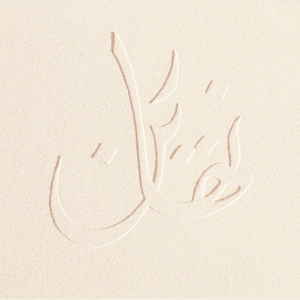 It seems to be a good time for Arabic-flavoured jazz.

Hijaz is a quartet based in Belgium with members also hailing from Tunisia, Portugal and the UK. The band’s stated philosophy is to focus on the interplay between the oud, with its Middle-Eastern tuning and quarter-tones, and the piano, the traditional jazz instrument with its rigid western tunings. This album, though, shows that the group actually go further than this – all four of the players (the quartet completed by double bass and Arabic percussion) make very valuable contributions to the sound.

The jazz that Hijaz play is clean but not afraid to journey over to the verges of tonality, and Nahadin contains a good mix of ballads and more upbeat, rhythmic pieces. There’s also some downright funky sections, such as the bass and percussion intro to 'Desert Dancer', which could easily work as an intro from the classic jazz of the 1960s.

The tracks are arranged between the standard jazz structure of head-and-solos and something closer to through-composition – often, the solos will dissolve into a more open-ended exploration of the themes. About half of the tracks also feature a taqsim-like unmetred intro, often rendered in a jazz style, which is a nice touch.

The balance between the jazz and Arabic sounds is near perfect. There are also subtle Indian influences evident, and the track 'Hawa' explores these in more depth, introducing bansuri flute to the group’s line-up. The sound that Hijaz create seems crafted to worked best as instrumental, so when Arabic-style vocals (both sung and spoken) are introduced once or twice throughout the album, they do seem a little superfluous, at best.

Overall, a great album with an interesting and sometimes exciting look at the connections between the scales, rhythms and timbres of the Arabic and jazz forms. One of the best and most successful fusions of its kind.
Posted by JimHxn
Email ThisBlogThis!Share to TwitterShare to FacebookShare to Pinterest
Labels: Album Review, Belgium, fRoots, Tunisia 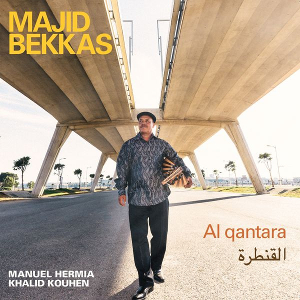 Moroccan oud player Majid Bekkas has worked his way through collaborations with many artists from many different styles, but this is the first outing of Bekkas’ Afro Oriental Jazz Trio. With Al Qantara, the group live up to their name and stay true to the influences from Bekkas’ previous collaborations.

The trio are Bekkas on oud, guimbri and vocals, Manuel Hermia on bansuri flute, saxophone and clarinet and Khalid Kouhen on tabla and percussion, and with these tools they create what is, first and foremost, a jazz album. Most of the pieces work in the jazz form, but the ‘Afro Oriental’ lens through which it is heard is what makes the album special. Both the music of the Arabic and Gnawa populations of Morocco influence the melodies here, with elements of blues and even music from the Far East seeping in. The rhythms used are largely Indian-inspired and their combination with the Moroccan jazz melodies works so well, the traditions don’t sound as if they grew thousands of miles apart.

The trio’s jazz elements echo the ‘modern’ era of experimentation, drawing especially from the Afrocentric periods of Don Cherry (whose loveletter to the Gnawa, 'Guinea', is covered here) and Randy Weston, who also provides liner notes. It’s interesting to hear Afro-Arabic jazz created by those closer to the original tradition, and refreshing that the American elements don’t sound faked either.

The last couple of tracks seem a little oddly placed – they are more introspective pieces that cause the album to ‘fade out’ rather than end with a bang. As with the rest of the album, the pieces are musically accomplished and work well on their own, but may have been more effective with a different placement on the album.

Arabic jazz has been well-covered by many artists, but Al Qantara, while not pushing many boundaries, uses the genre to good effect – there are some great tracks and the overall sound is very enjoyable. A successful album, and a promising new project.
Posted by JimHxn
Email ThisBlogThis!Share to TwitterShare to FacebookShare to Pinterest
Labels: Album Review, fRoots, Morocco 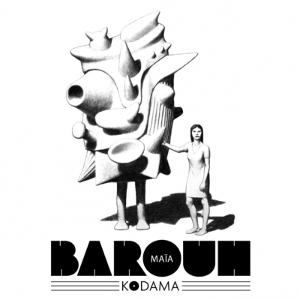 Often abstract electronica, with a strong Okinawan influence in the vocals from this French-Japanese artist. Some great jazz flute and elements from trip-hop, dub and more mainstream electronic genres. Sometimes a little too pretentiously far-out but an overall good album.
Posted by JimHxn
Email ThisBlogThis!Share to TwitterShare to FacebookShare to Pinterest
Labels: Album Review, France, fRoots, In Brief, Japan 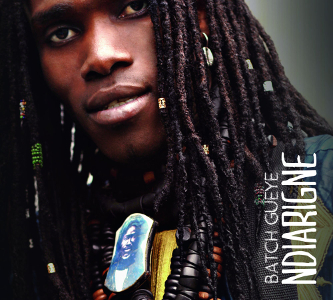 In his native Senegal, Batch Gueye performed mainly as a dancer, but since moving to Bristol, he has honed his skills as a musician and singer, and has been slowly gaining more recognition, winning the World Music Network’s Battle of the Bands, playing at WOMAD and supporting Fatoumata Diawara on her recent tour.

Ndiarigne is Gueye’s first full album, and with it, he gives a good show of his abilities both as a singer and bandleader. The group manoeuvre from thoughtful pieces in praise of the Baye Fall saints (the Sufi sect to which Gueye belongs) to tracks obviously designed for a dance session, with the leader adding his unique voice all the while. There are some great performances from within his band too – an all-African affair, recorded in Senegal, as opposed to his usual British-based group – with kora, xalam and backing vocals all standing out at various points throughout the album.

A few things do need to be ironed out here – some of the tracks feel a little repetitive and the album’s changes in mood could perhaps be smoother, but these are small things, and shouldn’t take away from the fact that Ndiarigne is an impressive debut album.
Posted by JimHxn
Email ThisBlogThis!Share to TwitterShare to FacebookShare to Pinterest
Labels: Album Review, Senegal, Songlines Magazine
Newer Posts Older Posts Home
Subscribe to: Posts (Atom)