Zomba Prison Project - I Have No Everything Here 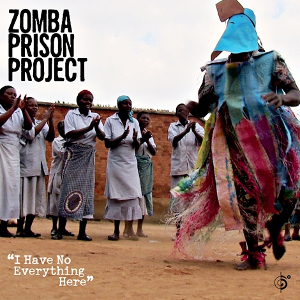 This is a rather hard album to write about, as the quality of the music is not necessarily its main focus. It features 20 recordings made inside the Zomba Maximum Security Prison in Malawi, where most people are held for life, their ‘crimes’ ranging from murder to witchcraft, and where children born within the walls must remain until their mother’s release. But in their music, their status as prisoners (or, on occasion, prison officers) seems less significant: the album is a document of ordinary people, singing their own songs. Some sing gospel, some repentances, warnings, stories; some are guitarists, bassists or drummers. The music and song on offer here is of an understandably varying quality – these are by and large not musicians, but people brought together and surviving together.

As the whole album only comes in at a little over 30 minutes long, there are quite a few very short tracks here, and many fade out, leaving one wanting for the full piece. A stand-out example of this is the intense, all-female percussion track ‘House of the Dance’: it’s a shame that we only get to hear 16 seconds of it, especially as six hours of material were recorded altogether.

This collection brings to mind old ethnomusicological field recordings; they feel very in-the-moment and the recordings seem to exist to preserve the memory of the culture represented. With this, however, there also comes a slight uncomfortable feeling of the ‘higher power’ of the neutral (Western) producer. The material was recorded and produced by Ian Brennan, who does seem to have a knack for finding projects with world-music-friendly ‘stories’ (he’s also produced the Malawi Mouse Boys and the Good Ones) but this album does have the chance of achieving change. Resulting funds and awareness from this release are already helping those of Zomba Prison, as three women have already been released and three more having their sentences reviewed as a result.
Posted by JimHxn
Email ThisBlogThis!Share to TwitterShare to FacebookShare to Pinterest
Labels: Album Review, fRoots, Malawi 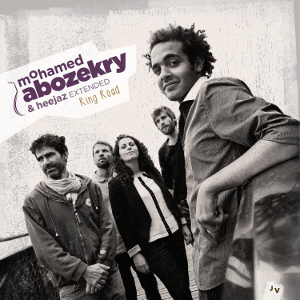 Born in Egypt and living in France, the young oud player Mohamed Abozekry is not content to play only the traditional repertoire of his instrument. Instead, with the rest of his quintet Heejaz Extended – saxophones, piano, double bass and hand-percussion – he uses his instrument to initiate a whirlwind of international jazz.

All in all, the ensemble takes as much influence from Indian music as it does Arabic, Abozekry’s oud even resembling a sarod on occasion. There’s also elements from around the world: a couple of pieces are based on Cuban grooves; Ethiopian scales sneak their way into the occasional solo; and a qawwali-esque harmonium illuminates the second track, ‘Messages’.

Through all this, the one thing that remains a constant is the jazz. The styles that come to mind on the album are those of the classic late-50s/early-60s masters. You can hear Miles Davis in the harmonies, Horace Silver in the melodies and a haunting of John Coltrane throughout. Whether in the driving energy of a head or a quiet but tense, ballad-like section, the legacies of the masters come before feel respected and palpable.

Although the album is made up solely of Abozekry’s wonderful compositions and with his name on the front of the cover, it’s not his oud that takes precedence on this album; all the instrumentalists are involved in an equal way. This lets the group rid itself of the often-mishandled ‘fusion’ label and allows the music to be what it is – exciting jazz that is expertly crafted, well-executed and that will take your ears on a trip around the world.
Posted by JimHxn
Email ThisBlogThis!Share to TwitterShare to FacebookShare to Pinterest
Labels: Album Review, Egypt, fRoots
Newer Posts Older Posts Home
Subscribe to: Posts (Atom)