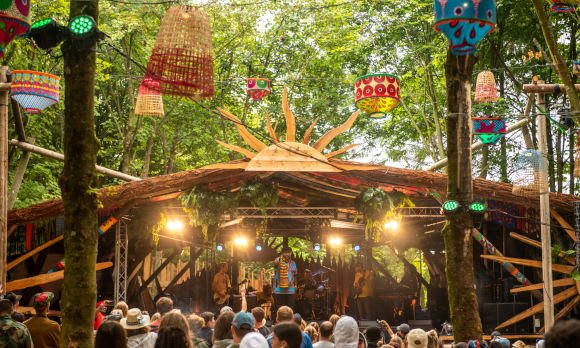 Boomtown is a festival that I’ve had my eye on for quite a few years. Its reputation is immense, and so, by all accounts, is its personality. The whole thing is a giant performance art piece with a narrative that slowly reveals and trundles along year after year, with so many plots and subplots playing out in what has grown to be a city of music. Like any city, there are loads of districts in Boomtown (up to 14 this year), each with their own character, architecture and culture = and each with their own set of stages. There’s over 25 main stage and 80 smaller ‘street venues,’ all with their own programmes – that means there’s a LOT of music, of all sorts of styles.

And excitement – I get to go this year for the very first time! This year, it’s held over 7-11 August. The line-up looks amazing – as it does every year – and, yes, it’s absolutely humongous. So in my excitement, I thought I’d give you a run-down of just five artists that I cannot wait to catch there…now I’ve just got to hope that none of them clash!

Ozomatli feat. Chali 2na
Ozomatli are basically a globetrotting party. I’ve seen them live a handful of times now and every time they have absolutely blown me away – they’re still some of my favourite live shows to date. Their mix of hip-hop, rock, tropical pop and all sorts of Latin music from son to cumbia to samba to norteño and more is just so infectious, their shows turn into a joyful riot, it’s absolutely amazing. Even better: they’ve now reunited with Chali 2na of Jurassic 5 and an original Ozo band member – he’s got one of the most recognisable voices in hip-hop and his thoughtful lyrics and supreme flow put him, for me, right up there with the greatest rappers. I can’t wait to see them perform together.

Prophets of Rage
Okay, I’ve never actually heard any recordings of this group, but their pedigree is unreal. They’re a supergroup featuring members from Rage Against the Machine, Public Enemy and Cypress Hill. Do I really have to say more? Yes yes, I know supergroups usually come out as less than the sum of their parts, but I’m willing to risk it. Come on: Chuck D and B-Real battling it out between funk-metal solos from Tom Morello – inject it directly into my veins.

BCUC
BCUC (Bantu Continua Uhuru Consciousness) are a group from Soweto that combine all the music of their neighbourhood, from traditional dance styles, church music and beerhouse songs to hip-hop, soul and rock. The group have been getting so much hype over the past 12 months, and I’ve got friends who are absolutely mad about them, saying they’re the greatest live group around right now. I saw them myself at WOMAD last year, and the crowd went nuts; thing is, their forever-looping riffs and heavy beats didn’t strike me at all, and I left, bored, after about 10 or 15 minutes. But the hype train has continued, so I fully admit I’m the one in the wrong – I’m looking forward to seeing them again in August to give them (and me) another chance.

Nubya Garcia
The UK jazz scene has been booming in the last decade, and saxophonist Nubya Garcia has been one of its leading lights. Her music brings in modal and spiritual jazz in the Coltrane way together with the contemporary styles being fermented in places such as Trinity Laban and Berklee as well as hip-hop, soul and electronica. I’ve never seen her show before, and festivals are all about new experiences – I reckon Nubya Garcia is one I can bank on to be a winner.

Mik Artistik’s Ego Trip
Would it really be a festival season without Mik Artistik? The loony Leedsman* has been a staple on the festival circuit for many years and he’s the perfect act for when you’re quite drunk, quite muddy and just a little disorientated. He’s absolutely bananas, he’s hilarious but he’s also touchingly earnest when he wants to be, all while making music behind his trusty little Yamaha keyboard. The man is a legend, and if you’ve never heard or seen him before, you owe it to yourself to go and experience this true institution of British festivals. 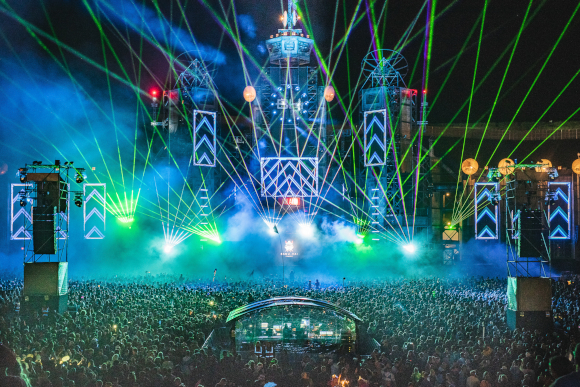 …and then there’s so many others. Gogol Bordello, General Levy, San Sebastian, Bassekou Kouyate, Napalm Death, DJ Yoda, Asian Dub Foundation, The Streets, Skream and the man behind it all AAA Badboy…there is so much great music happening everywhere that it seems pretty much impossible not to see some amazing and unexpected artists wherever the current takes you. And really, what I’m most looking forward to is that atmosphere, and diving into the huge, deep and bonkers world that is created at Boomtown every year. Basically, I can’t wait! So if you’re heading over, I’ll hopefully see you there, and either way I’m sure you’ll hear about my exploits on here sooner or later.


*Okay, I just looked it up and the actually demonym for someone from Leeds is a Leodensian, which is awesome but also completely impenetrable, so I’m leaving it as Leedsman, and all of you Yorkishers are just going to have to deal with it.
Posted by JimHxn
Email ThisBlogThis!Share to TwitterShare to FacebookShare to Pinterest
Labels: Blogpost, Festival, Previously unpublished
Newer Posts Older Posts Home
Subscribe to: Posts (Atom)