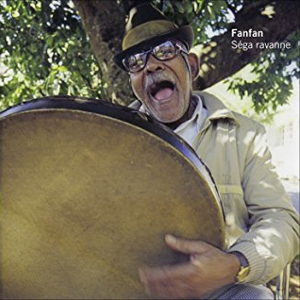 This is the latest re-release from Ocora’s wonderful and extensive catalogue of field recordings from around the world, stretching back 60 years. Séga Ravanne was originally released in 1999. When it was made, this was Fanfan’s very first recording, made in his own living room in 1998. The production of the album is typical of Ocora’s style: it’s simple and down-to-earth, as if you are there in the room, Fanfan singing directly to you.

His style is sega, developed hundreds of years ago in Mauritius by African slaves as a way to keep their culture intact and spread news as well as to forget their cares. Although the style became creolised – it’s now sung mainly in local French – it still holds much importance to Afro-Mauritians as a symbol of resistance.

Fanfan’s songs reflect sega’s origins: there is social commentary, political reportage and gossip, as well as folk stories, advice and morality tales. These he sings in his sweet, old voice, accompanied only by himself on his homemade ravanne, a large, low-pitched circular frame drum that bringing to mind the drums of the Arabian Peninsula.

Séga Ravanne is a lovely album of traditional music as it has been played for perhaps centuries, performed by a master.
Posted by JimHxn
Email ThisBlogThis!Share to TwitterShare to FacebookShare to Pinterest
Labels: Album Review, Mauritius, Songlines Magazine 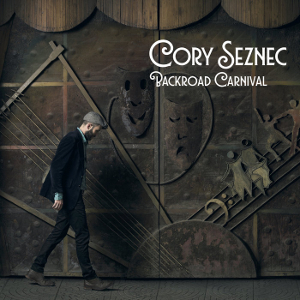 Cory Seznec first made waves as part of the wonky American roots group Groanbox and has since cropped up in many bands including the recent Ethiopian-Malian fusion group Damakase. After living in Addis Ababa, Ethiopia for the last three years, creating and fermenting his musical ideas, Backroad Carnival sees him jump back into his solo work.

The album features a grab-bag of styles and influences from his own roots and travels. Blues and country music are the prevailing sounds, but the style shifts on every track, from the Tom Waitsian opening number, to country pop and Scottish folk flavours later on.

Most of the songs take inspiration from Seznec’s experiences in Ethiopia and his journeys throughout Africa, but there is surprisingly little musical influence from these cultures in the music. There are only little ripples of Congolese guitar here, the occasional West African percussion there, and none of the recognisable scales or rhythms of his adopted home of Ethiopia. The music is really at its best when the rootsy blues is the main focus of the song, such as the piece ‘Sell You My Soul’, which also includes some tasty blues harpistry from David Chalumeau.
Posted by JimHxn
Email ThisBlogThis!Share to TwitterShare to FacebookShare to Pinterest
Labels: Album Review, Songlines Magazine, USA 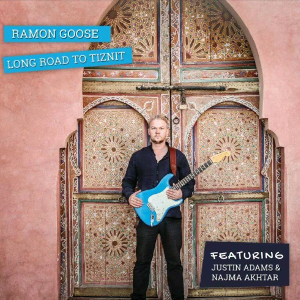 Blues guitarist and serial collaborator Ramon Goose, most recently heard with the West African Blues Project, is back with a solo album. As the title suggests, this was formulated on his journey from Marrakech to Tiznit, building upon his experiments with Senegalese blues by adding Moroccan influences. Not that he’s left the collabs behind. Guest slots here feature guitarist Justin Adams and British-Indian singer Najma Akhtar, as well as local Moroccan musicians.

A theme of travel threads through the album, its songs tracing journeys across the Sahara and the Sahel. Goose bends his guitar around several styles from the region along the way, from Berber and Tuareg sounds from the north to mbalax in Senegal, via Songhai blues and Mauritanian tones too.

The album works best when the African elements – be they Moroccan or Senegalese – come closer to the fore, as in the track ‘Futa’, featuring the Wolof vocals of Abdoulaye Samb, but too often they drift into a piece only to drift out again. There are interesting sounds and combinations here – the mix of Baroque folk and Yazid Fentazi’s Algerian oud on ‘Marrakech Sunset’, for example – but they don’t quite reach the mark on every occasion.
Posted by JimHxn
Email ThisBlogThis!Share to TwitterShare to FacebookShare to Pinterest
Labels: Album Review, Songlines Magazine, UK 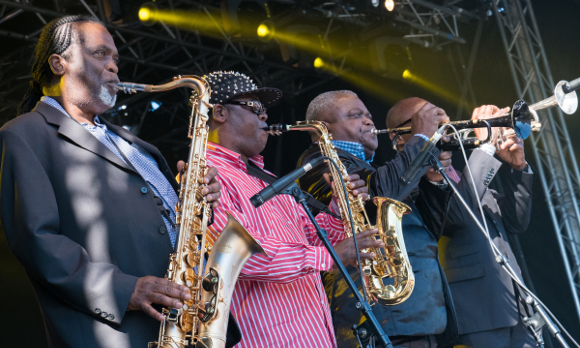 Africa Oyé has the rather clunky tagline of ‘the biggest live free African music festival in the UK’. All true, but it is also one of the best UK festivals full stop – a joyous celebration of music and culture and a true community event. Every year, an audience of families, friends and music fans of all ages and backgrounds head to Liverpool's beautiful Sefton Park for a weekend full of legends and up-and-comers of African and Afro-diasporic music.

The festival has long been seen as a jewel of the city’s cultural calendar, and with 2017 marking their 25 year anniversary, they pulled out all the stops for this special edition, inviting back some of the many stars who had graced the Oyé stage over its history. They were helped by some good luck, too. After last year's event was rather dampened by a torrential downpour, there was much relief that this year took place during June’s heatwave, and not a single cloud could be spotted all weekend. An estimated 80,000 people came by, making it the biggest edition yet.

The line-up featured twelve artists from eleven African countries – from Madagascar to Mauritania – as well as the UK and Jamaica, and special slots for community music and dance projects from across Merseyside. Unlike most summer festivals, though, missing an artist is not a problem at Oyé: there’s just the one stage, and the field is encircled some of the best Caribbean and African kitchens in Liverpool. They add the tastes and smells of jerk barbecues and curry goat to the colourful costumes, the beautiful sounds and the beating sun to complete the multisensory party.

Saturday set the bar with wonderful performances from Angolan semba legend Bonga and the new stars of Zimbabwean music, Mokoomba. Sunday, however, took everything to another level, every artist fitting the vibe to a T.

The day kicked off with the discovery of the weekend: the duo of Kenyan oud player Anwar Ali and British guitarist Dave Owen and their laid-back, romantic Swahili songs were a lovely start to a sweltering Sunday afternoon. The day continued and the knock-out acts kept coming, including the overall highlight, Jupiter & Okwess International. The powerful figure of Jupiter presided over some of the heaviest and darkest Congolese funk you’re likely to hear, and provided an interesting contrast with the band before, the Odemba OK Jazz Allstars, representing the DRC’s golden age of dance band music. Two groups playing very different takes on the same traditions, and both making the Oyé crowd bounce.

Filling Oyé’s traditional Sunday-night reggae headliner was the oft-sampled reggae legend Max Romeo. The singer’s Jah-laden roots music had the crowd – by now including a large portion of Liverpool’s Rasta community – dancing as hard as they had all day and brought the festival to a fitting close.

After 25 years of music and dance, and hopefully many more to come, a sunburnt and rather merry punter was the one to sum up just what the festival means: “I love Africa Oyé, it's like Christmas for Scousers!" 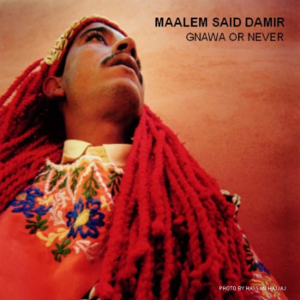 The Gnawa people of Morocco can trace their ancestry to the Bambara (or Bamana) people of West Africa. Their music serves as a clear connection between the past and the present, between the North and the West of Africa, and between the cultures of the Bambara, Berber and Arabic populations.

A master of Gnawa music is given the title of Maalem, and on this album, Maalem Said Damir lives up to it, leading the Gnawa Allstars through a wonderful set of some of the tradition’s most iconic pieces. At its core, this is religious music. While it may not have been recorded as part of a full ceremony (known as a lila), the swirling rhythms of the clattering krakeb (metal castanets) and the skyward hollers of the Maalem and his chorus invoking the saints are at once hypnotic and ecstatic.

Within and throughout it all, the Gnawa’s West African roots are easy to hear. The trademark instrument is the guimbri (bass lute). The bluesy tones of this not-so-distant decedent of the ngoni underpin the whole thing and flow with the mood of the pieces. At times, the guimbri can be mellow and surprisingly delicate, before slowly building up to a blistering pace that is positively thumping.

Gnawa or Never was recorded in Marrakesh by British-Moroccan DJ and beatmaster U-Cef together with Jason Emberton in 2011, and released as a digital-only album later that same year. Given U-Cef’s pedigree on the club scene, the production on display here is surprisingly down-to-earth. It is obvious that the aim has been to simply convey the music in its most natural way and in the highest fidelity. Everything is well-mixed and easily heard, which is somewhat of a rarity: the krakeb often drown out all else on a record, but here they sit easily alongside the guimbri and vocals, integral without being overwhelming. Bonus points for going easy on the distracting reverb that is often heaped on similar recordings by the spadeful.

This unfortunately overlooked release is possibly one of the best presentations of the music of the Gnawa out there. If you need an introduction to this wonderful tradition, look no further!
Posted by JimHxn
Email ThisBlogThis!Share to TwitterShare to FacebookShare to Pinterest
Labels: Album Review, Morocco, Previously unpublished
Newer Posts Older Posts Home
Subscribe to: Posts (Atom)