First published on Musika.uk.com in October 2012. 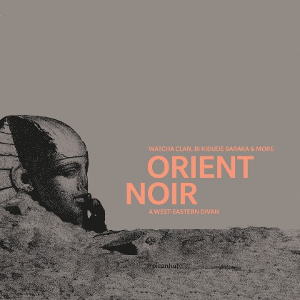 And so the album goes. Orient Noir brings together music from around the Arabic cultural sphere and the Jewish diaspora. Genres featured range from the classical to the modern, including fusions with dubstep, Latin and Balkan music, amongst others. Although the album seems to have the vague structure of moving from older to newer styles as it progresses, the latter seem to take more of a precedence.

The stand-out track of the album is ‘Pakistani’, a Zanzibari piece performed by ‘Queen of Taarab’ Bi Kidude Baraka. As well as the fusion of Egyptian classical music with East African styles that is taarab, this example also uses a strong tango influence, much akin to the Arabic string orchestras of Beirut and Damascus. Another highlight is the full version of Watcha Clan’s cover of Ofra Haza’s ‘Im Nin'Alu’, in which they effortlessly combine Sephardi vocals, Balkan brass and Arabic percussion with a grounding of dubstep bass and beats.

That such contrasting tracks can sit together on an album pleasingly and without jarring is a testament to the skills of the compiler, Dr. Bertram Nickolay. However, while the tracks of the album and their position in relation to each other create an enjoyable and interesting listen, the compilation itself seems to lack focus. If the goal was to highlight and celebrate the similarities between Arabic, Jewish and Balkan music, then tracks such as Maurice el Médioni’s Maghrebi Latin track ‘Ya Maalem/Kelbi Razahi’ fit somewhat uneasily with such aims; similarly, if a Mediterranean journey was intended, then the offerings from Bi Kidude and The Klezmatics undermine this.

Overall, for a pleasant album of great music with an ‘oriental sound’ (whatever that somewhat troubling term may imply), this compilation hits the spot. Just don’t think about it too much.

First published on Musika.uk.com in October 2012. 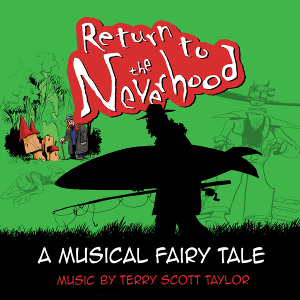 Back in 1996, a PC game, The Neverhood, was released. A point-and-click adventure game, it set itself apart from the competition by being animated entirely in claymation. Unfortunately, although critically-acclaimed, the game was released towards the end of the adventure game boom, and sales suffered; it has been regarded ever since as a ‘cult classic’ for its interesting puzzles, witty and unusual humour and award-winning original soundtrack by Terry Scott Taylor and The All-Clay Band.

Taylor, founding member and lead singer of Christian rock bands Daniel Amos and the Swirling Eddies, responded to director/animator Doug TenNapel’s request to make the music sound ‘clay-like’ with aplomb, creating a mix of blues, folk, vaudevillian jazz and not a small amount of sheer nonsense. The soundtrack was released as a standalone album in 2000 under the title Imaginarium: Songs from the Neverhood.

The Return to the Neverhood, then, is the artistic sequel to Imaginarium, and it takes the form of a story album – the music complements (and comes with) a short story written by Taylor with artwork from TenNapel. The style of this album is quite different from its predecessor: gone are the most mind-boggling pieces (an announcer drily introducing short periods of silence; deranged screaming of the basic plot of the video game) but the overall craziness remains in droves. The introduction of meaningful (or, at least, understandable) lyrics to the repertoire alongside the trademark Leon Redbone-style scatting adds another element to the humour. The musicianship seems, for neither better nor worse, much tighter than in the previous offering, and the All-Clay Band’s stylistic horizons have been broadened, with calliope-style waltzes, mariachi and klezmer all making appearances.

Although the tracks are rather short, (out of 19 tracks, the longest clocks in at 3:11, the total run time standing at 32 minutes) the highlights are numerous, owing to the expanse of genres presented. ‘Ode to a Hunch’ (the first track of the ‘Love Sweet Love Suite’), a delightful jazz blues with wonderfully weird lyrics and a face-melting trumpet solo, is definitely one of these, as are bass clarinet-led ‘Let’s Get This Ball Rolling!’ and the album’s overture and finale – probably the squelchiest waltzes you’ll hear for a while. Those familiar with the first album may also be interested to hear subtle references to such in the Return, such as the track ‘Huh?’ taking its melody in part from the track ‘Jose Feliciano’.

Fans expecting to hear an album akin to an Imaginarium, Vol. 2 may find themselves somewhat disappointed at the slight change in style – after a 16-year gap, as much is to be expected – but can rest assured that both the ethos and result are very much the same – fun music to make you laugh, with or without lyrics.
Posted by JimHxn
Email ThisBlogThis!Share to TwitterShare to FacebookShare to Pinterest
Labels: Album Review, Musika.uk.com, USA
Newer Posts Older Posts Home
Subscribe to: Posts (Atom)