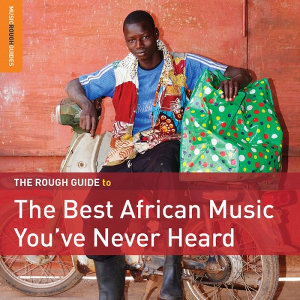 The Rough Guide to Best African Music You’ve Never Heard is the latest release to come out of the World Music Network’s popular battle of the bands competition, which aims to bring lesser-known world music acts to wider attention.

True to the compilation’s name, the musical standard here is very high, and most of the tracks are taken from recent releases by up-and-coming African artists. Also included on the album is some as-yet-unreleased material and a track by the unfortunately obscure 1970s Senegalese band La Sahel. The two most effective tracks on this album, however, are provided by red-hot kora player Noumoucounda Cissoko and Moroccan multi-instrumentalist Simo Lagnawi, giving hints as to the wide range of styles being played in the continent today. Cissoko channels a pure Senegalese funk in 'Noumou Koradioulou', whereas Lagnawi’s 'Baniyorkoy' tends to the traditional, a beautiful example of the bluesy, esoteric gnawa grooves.

Unfortunately, despite the quality of the tracks included, it doesn’t really feel as if the African continent as a whole is particularly well-represented. Although it does feature tracks from most areas of the continent, eight of its fourteen tracks are from Mandé cultures, so at times it does feel a little West Africa-heavy.

Included as a bonus disc is Junk Funk by Sotho Sounds. This Lesotho band’s light-hearted album was included in fRoots’ playlist in November/December 2012, and its playful use of homemade instruments fits well with the vibe of the record it’s packaged with.

In the end, this is a great album to listen to, and a good way to sample the next generation of African stars. If you’re not a huge fan of West African music, though, there may be better releases out there for you. 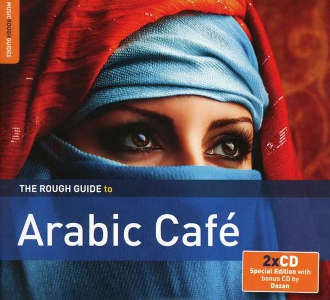 The seventh in the World Music Network’s Café series, and the second edition of this title, the Rough Guide to Arabic Café aims to recreate the ambience that one could expect in the coffee houses of the Arabic world.

Oddly, the focus of this compilation seems not to be on Arabia but rather North Africa: the vast majority of tracks included come from this region, with only three from the Middle East. Regardless, all of the tracks from this album are very enjoyable, and there are a few lesser-known gems in there too. The order of the first few tracks, however, seems rather misjudged. These tracks are still entertaining but they don’t really convey a relaxing ‘café’ atmosphere, being fairly up-tempo and busy.

Nevertheless, from around its midpoint, the album seems to hit its stride. The rest of the tracks gel together well, and create a vibe that could be expected in the stated beverage emporium. The two tracks that work most effectively here are 'Isfahan' by Daramad and 'Tahrir' by Ramzi Aburedwan. Daramad bring a jazzy feel to Persian classical music in a sympathetic and effective manner (although their inclusion in an ‘Arabic’ compilation is rather baffling) while Aburedwan’s tight ensemble of buzuk, accordeon, oud and percussion present some positively hip-shaking Palestinian sounds.

Also packaged with this album is Jordanian folk ensemble Dozan’s 2008 release Introducing Dozan. This bonus album actually seems to fit the idea of the ‘Arabic Café’ somewhat better than the Rough Guide itself, filled with relaxed yet interesting – and actually Arabian – pieces.

Overall, this package contains some great music as well as giving some sense of atmosphere. It is perhaps let down by the order of compilation, which, given a shuffle, could well have produced an all-pervading ambience that would have made this record extra-special.
Posted by JimHxn
Email ThisBlogThis!Share to TwitterShare to FacebookShare to Pinterest
Labels: Album Review, Compilation, fRoots
Newer Posts Older Posts Home
Subscribe to: Posts (Atom)