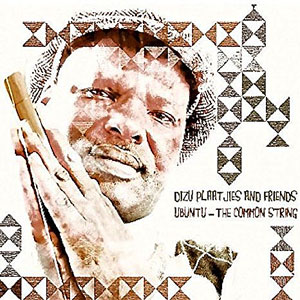 As one of South Africa’s foremost ‘world music’ exports, an expert in the musical bow and many of his country’s traditional styles, Dizu Plaatjies is a musician who constantly strives to evolve his sound. This has led to the creation of this ‘and Friends’ album, exploring other sounds with the help of his guest musicians.

In this album, Plaatjies is once again backed by his Ibuyamba Ensemble (the band he formed after leaving the legendary Amapondo), but the sound is more formed by and focussed on the many guest musicians that he introduces, including South African classical guitarist Derek Gripper (most well-known for his transcriptions of kora pieces for guitar) and French jazz group L’Arbre Canapas.

The idea of Ubuntu is commonality, and it’s not a huge surprise that this album strives towards the pan-African. The end result is actually more pan-Southern African, although his guests provide very occasional influences from more northerly climes such as Uganda and the Mandé region.

Quite a few of the tracks here are very repetitive – and not in a trancey, circular fashion that drags you in, either. These include the opener 'Bantu Biko', which repeats the same few lines for more than four minutes and is not the best advertisement for the rest of the album. The repetition comes back with the obligatory song to Nelson Mandela, 'Mandela Afrika', a self-consciously ‘epic’ sounding track that feels a bit cheesy and out-of-place.

However, despite a few weak tracks, there are definite highlights on the album that do redeem to some degree. The maskandi-with-mbira 'Langa Ola' and the dripping-with-blues 'Phalisa', both featuring the 12-string goodness of guitarist Nthombi Thongo are prime examples, and the Derek Gripper-led 'Ukuzu kwe Langa' is particularly beautiful.

There are definitely more enjoyable tracks than not here, although there are quite a few pieces that seem less polished than they could be. It leads to an overall average-to-good album, which may stand up better to listening and downloading instead.
Posted by JimHxn
Email ThisBlogThis!Share to TwitterShare to FacebookShare to Pinterest
Labels: Album Review, fRoots, South Africa 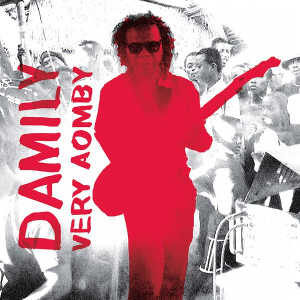 Is there any country so adept at bringing such effortlessly joyous and sunny music as Madagascar?

Damily is a star of tsapiky, the unique guitar style from the town of Tuléar, in the southwest of the island. As a mixture of music from several different traditional Malagasy cultures and South African dance styles, tsapiky guitar is fast, circular and, of course, made to move your body.

The France-based group travelled back to Madagascar to record Very Aomby and the end results are delightfully lo-fi; with crunchy guitars and distorted vocals, the whole album is lent an earthy and down-home vibe. Every track was recorded as-live, with no second takes or re-records, and several of the tracks were recorded in a makeshift metal tent at a party – it all lends to the atmosphere of a bunch of mates having a homemade jam just for you. The album and its production pull off the immersion perfectly.

While songs themselves talk of many subjects – in fact, most often of various unfortunate events and scenarios – the music itself never lets up in its infectious danciness. Even in its more introspective and quieter moments, the music seems to command that you at least sway along, and it’s difficult to listen to more than a few seconds of any track without feeling better about yourself.
Posted by JimHxn
Email ThisBlogThis!Share to TwitterShare to FacebookShare to Pinterest
Labels: Album Review, fRoots, Madagascar 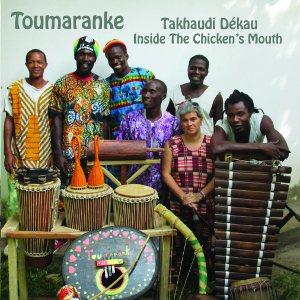 Percussion and voice from the Guinean ensemble, led by a Brit and recorded in Gambia. Drums, balafon and gongomah (mbira-like lamellaphone) – with occasional bridge-harp and satongé sound-alike – intertwine with polyrhythms and polyphony in this as-traditional album. Good record, if mostly unremarkable.
Posted by JimHxn
Email ThisBlogThis!Share to TwitterShare to FacebookShare to Pinterest
Labels: Album Review, fRoots, Guinea, In Brief, UK 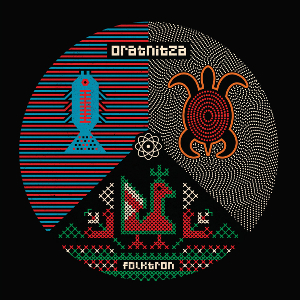 In the second full-length album from Bulgarian folk distorters Oratnitza, the quartet continues their quest to meld their traditional music with international rhythms and global bass, through completely acoustic means. The sound is quite old-school in many ways – harking back to the golden era of world fusion, introducing elements from drum’n’bass, electronica and dub. But they’re not afraid to let the folk styles take over.

Oddly, considering that the group define themselves as ‘ethnobass’, bass sounds are disappointingly absent. The low-end is provided by a keyed didgeridoo, which sounds great but doesn’t drop to the bowel-worrying levels that some of the pieces call for. Likewise, some sections feel like they could do with deeper rhythms than the single-drum percussion can really deliver.

There are places where the fusion really shines, though: the dark harmonies between Bulgarian singing and didgeridoo, such as in the tracks ‘Yaninka’ and ‘Beginning’, are wonderful; and guest solos of kaba bagpipes and galdulka fiddle help place the album’s musical provenance.

Alone in the otherwise all-acoustic set, the last track is a remix from drum’n’bass duo High Roll, fully bringing on the electronics and drum machines. It’s an interesting look at the other side of the fusion coin to end the album.
Posted by JimHxn
Email ThisBlogThis!Share to TwitterShare to FacebookShare to Pinterest
Labels: Album Review, Bulgaria, Songlines Magazine
Newer Posts Older Posts Home
Subscribe to: Posts (Atom)