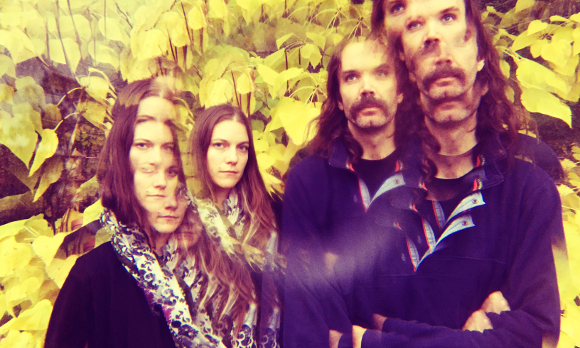 A Hawk and A Hacksaw
On the back of their seventh album, Forest Bathing, the Albuquerque, New Mexico-based duo start with Balkan music and explore its connections with Turkey, the Middle East and beyond. Much like their album’s title, A Hawk and a Hacksaw evoke the anti-urban, taking their audiences on a sonic walk through the fields and trees. Usual-accordionist (and former Neutral Milk Hotel drummer) Jeremy Barnes swaps the squeeze for the jangling of the Persian santur (hammered zither) while Heather Trost’s violin sweeps across telling all-acoustic instrumental stories.

Ímar
Ímar is what happens when a folk session goes really right. The band is a truly cross-Celtic collective, its five members hailing from Scotland, Ireland and the Isle of Man. They all have past pedigree, too: they have armfuls of awards between them, and the individual musicians are variously part of some of the most exciting young folk groups of the last decade – think Talisk, Mabon, Rura and more. Expect traditional Irish tunes with a Scottish twist, newly-composed Manx and Scots tunes, and any other mix designed to get you on your feet.

The Turbans
You can’t pin an identity on this gang. The Turbans are a stomping seven-piece that sound like Eastern Europe swinging the Middle East around by the arm in the middle of a raucous party. The members have their roots in Turkey, Bulgaria, Israel, Iran, Greece, Spain, Tunisia, Morocco and the UK, and their time is usually split between the streets of London and the beaches of Goa. You can bet they bring all that and more to their gigs, along with a big bunch of noise.

Toko Telo
Three highly respected musicians in their own rights join forces as a Malagasy supertrio combining Madagascar’s classic pop styles such as tsapiky and salegy with flecks of soul and jazz. The interweaving and overlapping guitars of veteran D’Gary and acclaimed jazzman Joël Rabesolo provide the context for the soaring, soulful voice of Monika Njava. The shows will no doubt also serve as a loving musical tribute to Malagasy accordion legend and original Toko Telo member Régis Gizavo, who passed away in July 2017.

Väsen
Having started their year with a sell-out show at Celtic Connections, the veteran Swedish trio are travelling all the way down from Shetland to Shoreham-by-Sea, bringing their many-stringed take on the polska to delight as they go. Nyckelharpa, twelve-string guitar and five-string viola combine with a joyful ease, drawing on deep roots and occasional excursions into classical music, jazz and American folk. 27 years of performing together has earned Väsen virtuosic skill and almost telepathic bandsmanship, and their status as Sweden’s premier guardians and innovators of instrumental music is well-founded. 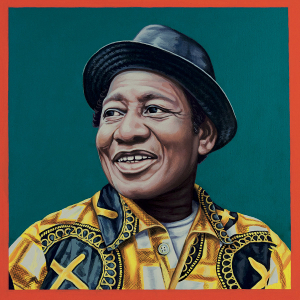 Ebo Taylor
Yen Ara Mr Bongo (41 mins) Ebo Taylor has been doing his stuff for more than 60 years now, so he knows how to make an album to get you on your feet. With Yen Ara, he continues to bring a unique blend of highlife and Afrobeat, adding handfuls of disco, jazz and reggae into the mix too. Taylor’s hand-picked Saltpond City Band are as tight as anything. It’s all about that rhythm section: guitar, keys, bass and konkoma-style percussion and drums intertwine, weaving a musical weave for the punchy horns and Taylor’s aged vocals to dance across. There’s a real ‘rare groove’ sound to this album – it feels like it might have been dug out from a long-forgotten record crate in Accra. Thanks go in part to the sympathetic production of world music adventurer and Robert Plant guitarist Justin Adams, whose hand is often subtle but not afraid to add some spice when appropriate. Yen Ara lacks some of the innovation that Taylor has been known to provide – the tracks on offer could equally have come from any of his latest few albums. But they were great albums. So don’t expect anything ground-breaking, but if you like Ebo Taylor, you’ll love Yen Ara.
Posted by JimHxn
Email ThisBlogThis!Share to TwitterShare to FacebookShare to Pinterest
Labels: Album Review, Ghana, Songlines Magazine
Newer Posts Older Posts Home
Subscribe to: Posts (Atom)