The Beginner's Guide to April Verch 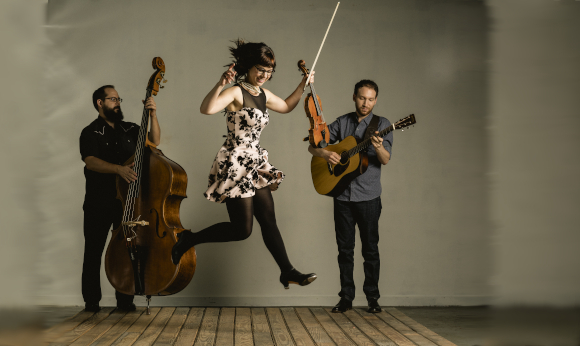 Somewhat paradoxically, April Verch has long been seen as a bright new talent of Canadian folk music. However, with 13 albums stretching all the way back to 1992 and the April Verch Band celebrating their 20th anniversary this year, her position at the forefront of her craft is undeniable.

As it flows forth through her fiddle, her feet or her mouth, Verch’s music is anchored in the folk tradition of the Ottawa Valley, with a style that reflects the region’s diverse roots. European settlers arrived from Ireland, Scotland, Germany, France and Poland to work in the area’s lumber camps, and brought with them the jigs, reels, polkas and waltzes of their home countries. In that small corner of Canada blossomed a pan-European folk music with an unmistakable North American flair.

That connection to her region’s own traditions has been with Verch basically since birth. Growing up in a small township in rural Ontario, it was full immersion: her father’s band played at all the local dances and her mother was a keen attendee. Surroundings like that leave their mark. “I grew up around it, and wanted to be a part of it, and honestly I figured that everybody was a part of it,” says Verch, “It didn’t occur to me that not everyone learns to dance and fiddle! It’s just something you do when you live there.” The induction into that world came early, as she began step-dancing at the age of three and fiddling at six.

As natural curiosity developed into natural talent, the drive to make music her life’s work struck quickly. “I decided around the age of ten that it was something I wanted to do for a living, which seems odd now that I’m grown up and looking back!” As well as learning the music and dance, her place in the world opened her eyes to the wider realities of music making. Her teacher would bring his pupils to perform at fairs and conventions, passing on the bug for live performance while introducing Verch to some of the biggest names in their field who were more than happy to advise a young star.

With a made-up mind, why wait? Verch made her first album, Springtime Fiddle, when she was just 13. Those bright early years got the ball rolling, and a steady stream of albums, instructional books and DVDs has continued ever since, charting her path via the prestigious Berklee School of Music and on through JUNO nominations, Canadian fiddle championships and even an appearance on Garrison Keillor’s A Prairie Home Companion.

In Verch’s hands, folk music gets a spring in its step. Her nimble fingerwork is often balletic and mischievous, with swoops and leaps that put dance in your feet and a grin on your face, and when that means venturing out of the Valley into the realms of bluegrass, hot jazz, Eastern European and even Brazilian music, it all gets added to the pot. The quality of her musicianship make it clear that this is serious business, but it’s all made with a wholesome heart and a winsome wink.

Even with an impressive and acclaimed discography, Verch’s first love remains playing live: “Recording happens once every couple of years and it’s great because it’s a snapshot of where you’re at, but I love sharing the music in person. I wouldn’t be happy staying home and releasing music from afar. I feel like that’s where I should be – on stage!” It’s there that every aspect of Verch’s art gets to shine. As with many choreo-musical traditions, no album can ever fully recreate her astonishing step-dancing, which is just as important as her fiddle. The pièce de résistance is when she does them both simultaneously, a breathtaking and complex display of rhythm and swinging melody amid jumps, twirls and flourishes of feet that leaves one open-mouthed for a long time afterwards. Her live performances also led to her personal career highlight in 2010, when she was featured in the opening ceremony of the Winter Olympics in Vancouver. Kitted-out like a Celtic goth, she took centre-stage and let rip in front of 60,000 people in the stadium and up to a billion worldwide.

Celebrating two decades with the April Verch Band gives a good opportunity to look back over the years. The ranks and make-up of the band have changed significantly since 2000, reflecting and influencing Verch’s musical evolutions with its ebbs and flows, but when it comes to her main aim, things have stayed just the same: “I have always played what I like,” she says, “that hasn’t changed. If it speaks to me and I get super passionate about it, and it happens to be not from my tradition, I’m willing to try it. That’s the one thing that has remained consistent, if I love playing it, that’s going to come across.” Thus explains the success of her latest album, where she takes on a very different beast to equally splendid results.

2019’s Once a Day is a fully-fledged country album, a loving and authentic homage to the 50s and 60s Nashville sound that brings her uniquely bright and girlish voice to the fore. Those funny, sad and schmaltzy country songs had been with her from the very beginning, and were always as much a part of her heritage as Canadian roots. “The two went hand-in-hand. If there was a country band playing a dance, maybe the fiddler would let loose and there’d be a square dance, and they’d be playing Ottawa Valley dance tunes.” Elements of country had crept into Verch’s music for a long time, and it was always the plan to let that aspect flourish eventually: “It’s something that I would have done sooner if I thought I could pull it off, but I wasn’t ready as an artist. It was so important to me to get it right. I’m so connected to that music and I love it so much so that’s why I waited.” The wait paid off – she more than does the style the justice it deserves.

No longer the gregarious young upstart on the Canadian scene, April Verch is now the experienced and respected master. Country-tinged folk dance music or folk-tinged country music; fiddle, step-dancing or singing; solo, with her band or with a growing number of collaborators, Verch and her music can always bring a sunshine and a smile to every occasion. 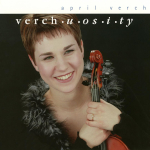 April Verch
Verchuosity (Rounder Records, 2001)
The first album after the formation of the April Verch Band, this stunning instrumental release announced Verch to the world and earned her first JUNO nomination for Best Roots & Traditional Album in 2002. 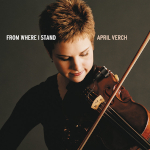 April Verch
From Where I Stand (Rounder Records, 2003)
This album features stately, sweet and fun sets visit styles from across Canada and further afield together with Verch’s own compositions. 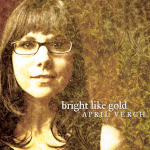 April Verch
Bright Like Gold (Slab Town Records, 2013)
Verch starts to stretch her fingers into bluegrass while never leaving the music of the Ottawa Valley far behind, with lovely contributions from bandmates Cody Walters and Hayes Griffin and a handful of guests. 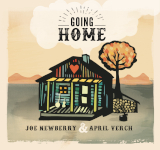 Joe Newberry & April Verch
Going Home (Slab Town Records, 2018)
In this collaboration with clawhammer banjoist Joe Newberry, from the Missoura Ozarks, the duo explore folk music from their respective homes and the thousand-odd miles in between. 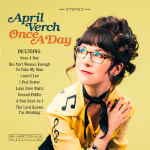 April Verch
Once a Day (Slab Town Records, 2019)
Verch takes off in a different direction for her most recent album, finding full voice among a repertoire of classic 50s and 60s country songs by the likes of Loretta Lynn and the Louvin Brothers. 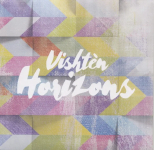 Vishtèn
Horizons (Les Productions Takashoun, 2018)
From the French-speaking community of Canada’s Prince Edward Island, Vishtèn play Acadian music that reflects influences from France and the UK and well as from across the southern US, with bonus electronics and step-dancing.