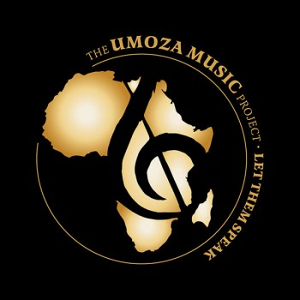 18 musicians, separated by 18,000 km, record an album. The Umoza Music Project is a joint Malawian and British project, and many of the musicians haven’t even met in real life. Not that it shows in the music.

The first impression of this record is that of a sort of Afro-funk Beatles. The similarities are striking throughout: the guitar sounds at times as if played by a tribute George Harrison. In tracks such as ‘Upewe!’, the influence is so strong it’s distracting and it’s no surprise that when the last track comes, a sitar plays a prominent role. This track, ‘Malawi Parts I & II’, was the genesis track of the project, and is actually one of the highlights.

When not in Beatles mode, the group has a couple of reggae tracks. Their quality is fairly good, and they feel like the most honest pieces on the whole album: ‘Reggae Banta’ is probably the best track of the collection, featuring a great Chichewa-language rap.

There are moments where the group take a cheesy turn, but not offensively so. These moments can be ignored in the scope of the full album, which is fun and enjoyable…if not wholly original.
Posted by JimHxn
Email ThisBlogThis!Share to TwitterShare to FacebookShare to Pinterest
Labels: Album Review, Malawi, Songlines Magazine, UK
Newer Post Older Post Home