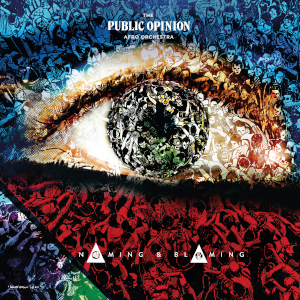 This is the second album from the Melbourne-based Public Opinion Afro Orchestra and it is unabashedly Afrobeat. The group take many cues from the 70s style, from the instrumentation to the groove to the long-form structure of the pieces. Of course it's political too, full of pointed criticisms of Western foreign policy and imperialism as well as Australia’s colonial past and neo-colonial present.

The thing with Afrobeat is that it hasn't yet stepped out of Fela Kuti's shadow; it may never be possible. For modern bands, comparisons are unavoidable, and who can compare to Fela? That’s why the stand-out points of this album are when the group break from tradition. Whether it’s the dubby trombone solo on ‘No Passport’ or the straight-up jazz sax of the title track, it’s these little bits of difference that really stand out. Most of all, it’s the contributions of the rapper MC One Sixth that make the sound fresh – the rhythms and riffs of Afrobeat are perfect vehicles for rap, and One Six’s lyricism fits well with the themes of the style.