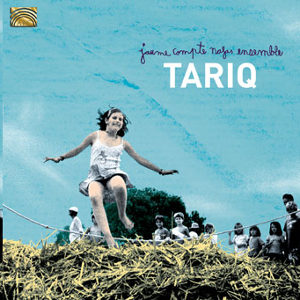 So, here’s another album aiming to draw comparisons between Iberian, Arabic and other Mediterranean music using fusion. Ho hum. But wait! In Tariq, multi-instrumentalist Jaume Compte and the Nafas Ensemble have made an album that doesn’t abide by the same overused template of flamenco plus oud and darbuka. Instead, they use the various genres from around the Mediterranean as a starting point to making a style that is their own, and end up with some beautiful art music.

The album’s sound is mostly based around Western strings, which take in the Arabic, Spanish and Greek influences together with a Western classical sensibility and put out a beautiful, effortless blend of it all. These strings provide the base upon which different flavours are variously added – accordeon, Iranian kamancheh, Spanish and Catalan vocals, glimpses of Indian music and breezes of Balkan – while Compte adds guitars, oud, bouzouki and all manner of percussion and ambient sound effects to round off the textures. These interchanging layers give each piece its own identity and create what feels like a story that flows through the whole album.

It’s so refreshing to hear an album that approaches the Iberio-Arab fusion with sensitivity, class and originality. At a time when this sort of fusion seems to be very much in vogue, it is for these very reasons that Tariq and the Jaume Compte Nafas Ensemble stand out from the crowd.
Posted by JimHxn
Email ThisBlogThis!Share to TwitterShare to FacebookShare to Pinterest
Labels: Album Review, fRoots, Spain 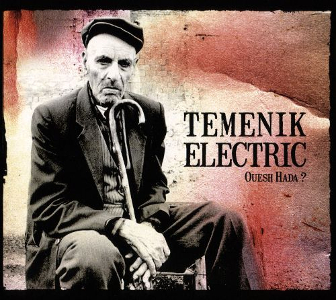 Marseille has long been known as a hotbed of North African culture in France, with many French-Arab subcultures having their genesis in the city. It’s not surprising, then, that a band such as Temenik Electric would flourish in such an environment.

With members from France and across North Africa, Temenik Electric create Maghrebi rock, but go much further than the sounds of pioneer Rachid Taha or more recent groups such as Speed Caravan by using elements of electronica, dub and blues together with many distinct North African styles from Algerian raï to Hassaniya music of the Western Sahara to create an intense but body-moving piece of work.

Although they’re often described as ‘Electric Gnawa’, the music of Ouesh Hada? does not contain too many obvious elements of the Afro-Moroccan style; there are no guimbri lutes, and rarely the sound of the metal castanets, the krakeb. However, the album’s loping rhythms and extended sections of repetition that put you into a semi-trance before you fully realise what’s happened really does create the essence of gnawa that pervades each track. Despite the use of oud, nay, heavily distorted guitars, all manner of synths, and some deep percussionscapes, the gnawa infusion feels perfectly natural – a testament to the musicians who create such a nuanced style.

Ouesh Hada? is an outstanding album: perfect to rock out to, but also to lose yourself in. Play loud and fall into the groove of Temenik Electric!
Posted by JimHxn
Email ThisBlogThis!Share to TwitterShare to FacebookShare to Pinterest
Labels: Album Review, Algeria, France, fRoots, Morocco 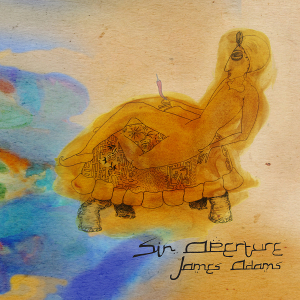 Well this is a strange album. Sin Aperture is the debut album of London-based self-styled ‘adventure musician’ James Adams. It boasts 52 musicians of 16 nationalities (and recorded in 15 different countries) and brings together ‘flamenco, African blues, hip-hop, jazz, funk, Balkan, Arabia and Western classical music.’ How can such a mix work? Well…

The thing is, it does contain some properly enjoyable tracks – the opener, for example, is a lovely cello quartet with viola – and a lot of the pieces do contain some great elements – a floaty jazz singer here, a funky Balkan brass band there and a head-nodding rap somewhere else.

The problem is that there’s no consistency in the album at all. Almost every track sounds completely different and the effect is very jarring; one calm and introspective acoustic piece can give way to glitchy dancefloor electronica to the unfortunate detriment of both.

The end product is a hyperactive and quite pretentious album. A shame, because there is definite potential buried in here.
Posted by JimHxn
Email ThisBlogThis!Share to TwitterShare to FacebookShare to Pinterest
Labels: Album Review, Songlines Magazine, UK 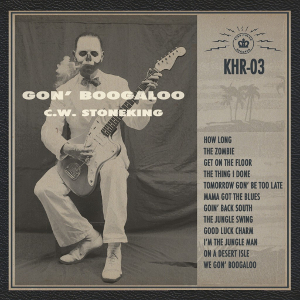 Australian bluesman C.W. Stoneking’s last album, Jungle Blues, made the international scene sit up and take notice. The mix of the old styles – blues, calypso, boogie – held together by vaudevillian wit and that straight-out-of-the-20s voice felt refreshingly real, even if his stories were tall. That was in 2008.

Since then, he’s been working on something different – with Gon’ Boogaloo, Stoneking goes electric, but this is no ‘Judas’ moment. Accompanying himself on a Fender Jazzmaster guitar throughout, he’s shifted slightly from hokum and calypso, looking instead towards the birth of electric blues, gospel and jump blues: think Elmore James, Blind Willie Johnson and Louis Jordan. His group has changed too – gone are the horns, leaving bass, drums and four female backing singers, who work to give a nice bright contrast to Stoneking’s rounded-off voice.

From the laid-back cheeriness of ‘Goin’ Back South’ to ‘The Zombie’, a piece so dark it must surely become a Halloween staple, Stoneking covers a whole range of atmospheres and emotions on the album, but with all tracks doused in the same sense of humour and mastery of the genre that makes him special.

So, after six years, does Gon’ Boogaloo live up to the wait? You bet.
Posted by JimHxn
Email ThisBlogThis!Share to TwitterShare to FacebookShare to Pinterest
Labels: Album Review, Australia, Songlines Magazine
Newer Posts Older Posts Home
Subscribe to: Posts (Atom)