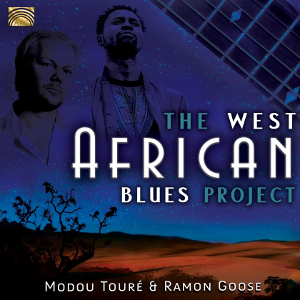 The easiest way to describe The West African Blues Project is that it does exactly what it says on the cover. The connections between West African music and the blues have been explored on record many times, although it still manages to produce delicious fruit.

British blues guitarist Ramon Goose has certainly put in his time collaborating with West African musicians, having recently worked in projects alongside Diabel Cissokho, Daby Touré, Noumoucounda Cissoko and Atongo Zimba, as well as many names from the worlds of blues and beyond. Here, Goose is joined by Senegalese rising star Modou Touré, whose capable voice works equally well in the soulful Wolof styles as it does on bluesier pieces such as ‘Casamance River Blues’. The musicians clearly gel very well, and their mutual enjoyment is easy to hear.

Some of the tracks on this album feel a little too slick and produced for this reviewer, with the highlights coming in the form of the rootsier, earthier pieces, where the blues takes centre stage and Modou’s voice is allowed to flow along with it.

This probably isn’t the most effortless of African blues albums, but nevertheless, it’s hard to deny that the blues is rarely this upbeat or uplifting.
Posted by JimHxn
Email ThisBlogThis!Share to TwitterShare to FacebookShare to Pinterest
Labels: Album Review, Senegal, Songlines Magazine, UK 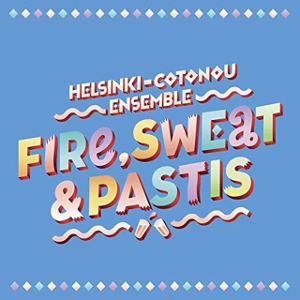 In a world where collaborations bring together performers from all over the world, a project between Finnish and Beninese musicians still seems an unlikely one. In their second album, though, Helsinki-Cotonou Ensemble have created a sound that feels, for the most part, unforced and free-flowing.

There’s not much in the music that screams ‘Finnish’, but the Nordic musicians do a great job in mixing the styles and rhythms brought by Beninese drummer and singer Noël Saïzonou with funk, soul and jazz.

The album is at its strongest when its sound is most African. The second track, ‘Djigbo’, is a driving Afro-funk featuring a West African horn section, and is probably the best of the set. There are a couple of pieces (including the opener) where the group go oddly indie-rock, creating a blandness that is at odds with the rest of the album. There are also a few places where the music takes a turn into full-on spacy jazz-rock, which is less bland, but still seems to lack the creative energy that is achieved in some of the best tracks here.

In general, Helsinki-Cotonou Ensemble have made a fun record that contains some deep and danceable grooves.