A playlist curated for Songlines Magazine in May 2016.

Ethiopia’s musical system has evolved over thousands of years and its music is some of the most distinctive in the world – the use of the characteristic qañat (five-note scales) immediately mark a piece as Ethiopian.

This unique musical culture is treasured by Ethiopians, who retain this sound even when mixing in international influences, thus creating the famed ‘Ethiogroove’. From the jazz, soul and funk of 60s and 70s Addis Ababa to hip-hop, reggae and heavy metal of the 21st century, the Ethiopian sound shines through.

This playlist aims to represent a range of Ethiogroove across three categories: the classic early recordings from the Swinging Addis era; the sounds of modern Ethiopia; and Ethiogroove as it exists outside of its motherland. 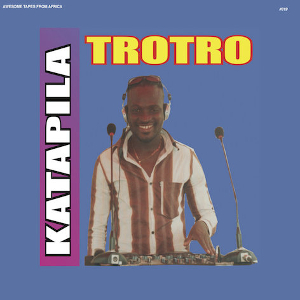 When Brian Shimkovitz asked Ghanaian DJ Katapila if Awesome Tapes From Africa could rerelease his 2009 tape Trotro, the DJ was surprised – that tape had never been released, but was a hit in the pirated music shops of Kumasi. So here we are.

Katapila makes electronic dance music – various different vibes can be heard here, from acid house and early techno to more modern sounds such as azonto. More subtle influences come from Ghanaian traditional rhythms and international styles such as salsa and zouk. Altogether, the sound is actually rather minimalist, which usually works in its favour. It can sometimes go a bit far, though – some tracks are barely more than a drum-machine loop.

All sounds heard on this record come from Katalipa and his electronic wizardry. But there’s an element that made the album difficult listening for this reviewer: the grating and incessant use of high, pitch-shifted vocal samples. It’s quite interesting for a few pieces, but by the end of the album it becomes very irritating.

In the correct environment – in a club, or as part of a DJ set – any of these tracks would probably go down well, but they don’t stand up as an album for focussed listening.
Posted by JimHxn
Email ThisBlogThis!Share to TwitterShare to FacebookShare to Pinterest
Labels: Album Review, Ghana, Songlines Magazine
Newer Posts Older Posts Home
Subscribe to: Posts (Atom)