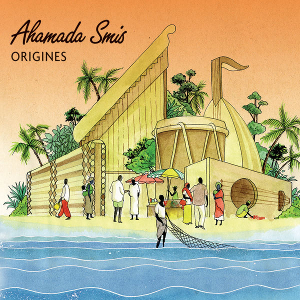 In his second full-length album, Marseilles-based ‘urban poet’ Ahamada Smis has pointed his musical compass towards the country of his birth, the Comoros.

Comorian music takes influences from Arabic, Bantu, Swahili and Malagsy styles, and Origines really helps shed light on this. As the culmination of Smis’ workshop tour through the Comoro Islands, La Réunion and Tanzania, the album presents a snapshot soundtrack of the Indian Ocean. It was recorded with musicians from each stop on the tour, resulting in an interesting mix of local styles, all bound by Smis’ conscious poetry.

The collaborations with Zanzibari taarab musician Mohamed Issa Matona are perhaps the strongest on the album; his use of Arabic instruments – qanun (zither) and oud (lute) – alongside their Comoran equivalents – the dzenzé and gaboussi – providing intriguing comparisons.

The traditional styles of the Comoros and surrounding cultures meld with the cool, rocky grooves of Smis’ band surprisingly well and is consistently enjoyable throughout. Smis’ poetry works perfectly within this musical landscape, whether weaving naturally with the music or standing starkly away from it.

Origines not only showcases traditional music from an oft-overlooked culture, but also helps to delve into music’s history whilst still being, most importantly, a very pleasing album.
Posted by JimHxn
Email ThisBlogThis!Share to TwitterShare to FacebookShare to Pinterest
Labels: Album Review, Comoros, France, Songlines Magazine

Various Artists - Music From The Source 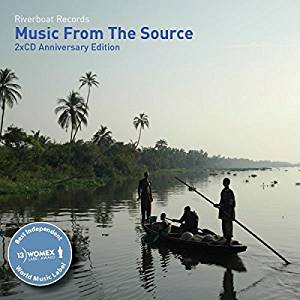 As us old-timers at fRoots pass our 35th anniversary, those wet-behind-the-ears young whippersnapper new-kids-on-the-block Riverboat Records turn 25. To celebrate, they’ve put together this world-spanning two-disc compilation of music from their illustrious past and exciting present. Happy birthday Riverboat!
Posted by JimHxn
Email ThisBlogThis!Share to TwitterShare to FacebookShare to Pinterest
Labels: Album Review, Compilation, fRoots, In Brief 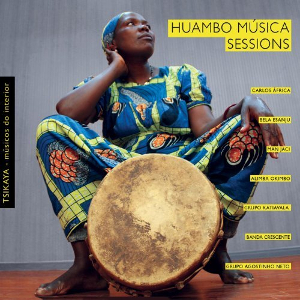 From spicy semba to the hip club beats of kuduro, Angola’s urban music styles are often those that we hear loudest in the world music circuit. For the Tsikaya ‘Músicos do Interior’ project, however, it’s the music of Angola’s rural areas that deserves wider attention.

Tsikaya aim to create an audio archive of the sounds and music of the Angolan countryside, and in their second release, the focus is on the central province of Huambo. The seven artists featured on Huambo Música Sessions cover a range of styles and present the musical diversity in Huambo Province, from the lively female percussion and vocal choir of Grupo Katiavala, to the Congolese-inspired dance band Banda Crescente and the joyous guitar picking of Alimba Okimbo.

A striking feature of these rural styles is how far they are from the typical Lusophone sound – there’s little room for saudade here. Instead, their sound is much more similar to other southern central African styles; some of the album’s more brooding tracks even conjure up shadows of the music of Angola’s far-distant Caribbean relatives the Garifuna.

Huambo Música Sessions is an amazing album from a fantastic and worthwhile project. Open your ears to the inside sounds of Angola!
Posted by JimHxn
Email ThisBlogThis!Share to TwitterShare to FacebookShare to Pinterest
Labels: Album Review, Angola, Compilation, Songlines Magazine
Newer Posts Older Posts Home
Subscribe to: Posts (Atom)