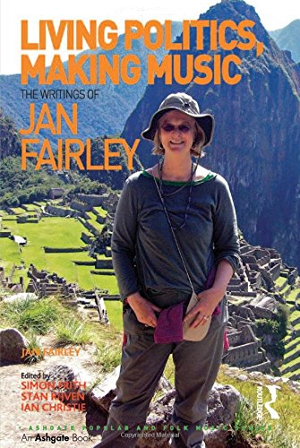 In 2012, world music lost one of its greatest writers. Even before the term ‘world music’ was coined, Jan Fairley was writing about the music that she loved, regardless of their place or time. Living Politics, Making Music has been compiled from Fairley’s works spanning 28 years (1984 to 2012) and it serves as a great tribute.

Although this book is presented as an academic work (and with a price that would indicate the same – ‎hardback copies are on sale for £100 or more), the collection features writings from popular journals, such as fRoots and Songlines, as well as more scholarly publications. Fairley’s writing is a good mix of the two – the more academic-leaning texts do not approach the dryness that other ethnomusicologists seem unable to escape, and the more popular articles contain an impressive depth in their brevity.

The book is divided into sections, for each of the areas Fairley covered most extensively: writings on Chile; discussions of ‘world music’; writings on Cuba, and a selection of artist interviews conducted for fRoots. The eclecticism of Fairley’s topics is also very impressive – although she mainly examines Latin American styles, she writes with equal authority, passion and imagination on topics of folk, classical or pop music, of the meanings of dance, the mechanics of radio or the workings of the music business.

This book isn’t just useful as a tribute to a great writer, it also genuinely works well along a theme. The chapters are compiled in a way that leads the reader through the most important points about music and politics in Latin America, and the role that world music and ethnomusicology can play in both. In the end, readers will no doubt be enlightened on the subjects that Fairley so eloquently explained, through a book that highlights, if it were needed, what a loss Jan’s was to the world music scene.
Posted by JimHxn
Email ThisBlogThis!Share to TwitterShare to FacebookShare to Pinterest
Labels: Book Review, Ethnomusicology, fRoots, UK 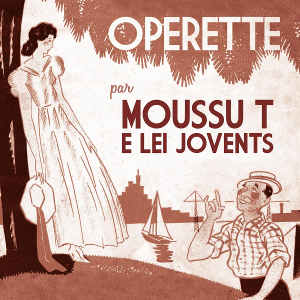 Well, if you need cheering up in these winter months, here’s a record for you!

The only major wave of Opérette Marseillaise lasted for just 20 years, from 1930 to 1950, but its influence is still felt in France, both within the arts and the romanticised images of Marseille and Provence. The music of these operettas was very distinct, taking as much influence from French folk styles as vaudeville jazz and opera. With Opérette, Moussu T e Lei Jovents cover twelve of the style’s classic tracks (with nine taken from the songbook of the Sarvil-Alibert-Scotto triumvirate).

Even before this venture, the band has had a varied repertoire: they perform and mix many styles, from psychedelic rock and reggae to trad jazz and country blues. In this album, they use influences from all over their past work – with 'Entre Marseille et Toulou' evoking an image of a Tom Waits nursery rhyme in French, and some lovely slide guitar giving 'Deux Grandes Yeux Noirs' a pseudo-country feel – yet somehow manage to stay very true to the original pieces. These originals are actually included here, on a bonus disc, performed by the legends of the 1930s. The band doesn’t suffer from the comparison though, the older pieces just serving to highlight the innovations of the new.

The album’s standout sound really comes from the mix of banjo and double bass (occasionally sousaphone), which together keep everything bouncing along and provide a base for Tatu to add his vocals – with which he achieves a brilliant era-specific quality. The result of all of this is a really fun and light-hearted album. It’s campy and it doesn’t take itself seriously, but at no expense to the musicianship that is clearly on show. Get this album (and its bonus disc) to be taken on a history of Opérette Marseillaise that will leave you with a big smile on your face.
Posted by JimHxn
Email ThisBlogThis!Share to TwitterShare to FacebookShare to Pinterest
Labels: Album Review, France, fRoots
Newer Posts Older Posts Home
Subscribe to: Posts (Atom)