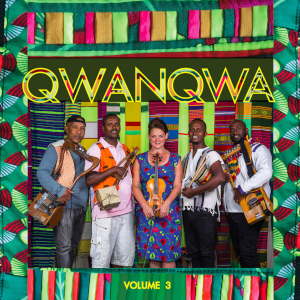 If you’ve been paying attention to Ethiopian tradi-modern music over the past five-odd years, you will have come across the names of Qwanqwa’s musicians. Mesele Asmamaw (krar), Anteneh Teklemariam (bass krar), Endris Hassen (masenqo) and Misale Legasse (kebero) have cropped up as sidemen in so many projects; here, together with Addis-based American violinist Kaethe Hostetter, they all get their own time to shine.

Qwanqwa are, for the most part, an instrumental group. The interplay created between the krars and fiddles mean that they’re adept at playing traditional or contemporary music, and with the help of electronic effects (not to mention Anteneh’s slap bass on the krar) they’re more than capable of making it funky. However, there is a tendency for the group’s textures to feel a bit static after a while, like something is missing – that’s all solved whenever Mesele picks up the microphone and freshens everything up with his voice. It’s a pity that only happens on two tracks.

The shredding krar and dubtronic violin of ‘Sewoch’ are delightful, but it is the epic 18-minute finale, ‘Serg’, a brooding, groove-laden medley of wedding songs, that you want to look out for here. When Qwanqwa strike the right balance, they can be absolutely irresistible.
Posted by JimHxn
Email ThisBlogThis!Share to TwitterShare to FacebookShare to Pinterest
Labels: Album Review, Ethiopia, Songlines Magazine 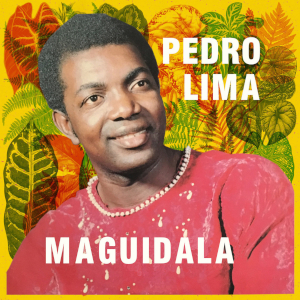 After the success of their compilation Léve Léve: São Tomé and Príncipe Sounds 70s-80s earlier on in the year, Bongo Joe Records follow up with a reissue of an album by one of the islands’ most popular post-independence musicians.

Maguidala was first released in 1985 at the height of singer Pedro Lima’s career. His honeyed voice dances effortlessly among the puxas and rumbas as Angolan and Congolese grooves mix with traditional São Toméan rhythms. Lima’s band, Os Leonenses, are on similarly top form: the razor-sharp twin guitars of Leopoldino ‘Gúndu’ Silva and Rafael ‘Pety-Zorro’ Zuza tickle the dancing muscles while the close-thirds vocal harmonies massage the ears.

The album may only have four tracks, but it makes them count. Each track reaches towards the ten-minute mark, and each brings a slightly different flavour. The hot is balanced with the cool, the energetic with the relaxed, and everyone has just a lovely time.

When Pedro Lima died last year, his state funeral was attended by thousands of fans and admirers. His music and outspoken politics made him a hero in São Tomé, but what a shame that his music is only now reaching a wider international audience. 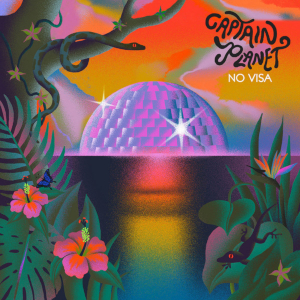 Globetrotting producer Captain Planet calls his personal style ‘gumbo funk’ – all manner of flavours brought together and bubbled into one rich and ever-changing vat of deliciousness. For his fifth full-length album, his base layer of funky hip-hop, synthwave, house and reggae is bolstered by a panoply of continent-spanning African sounds, with healthy amounts from South America, the Caribbean and the Middle East too.

No Visa is built up through a typically wide range of samples (balafon, kalimba, washint, highlife guitar, even Libyan pop) and a big bunch of guests (this time including stars such as Alsarah, Shungudzo and Chico Mann among many others) together with synths and beats galore – there’s a lot going on. With all these different elements at play, Captain Planet’s sense of style never sits still throughout the album. Every track sounds unique, but it’s all held together by an undeniable cool, a chill retro vibe that harks to the 80s and 90s without drenching everything in a syrupy nostalgia.

The overall feel of No Visa is utopian: the music of a borderless land where sans-papiers is the natural state of things and everyone is invited to join the party. Captain Planet’s recipe is tried, tested and true – and there’s enough to go around. 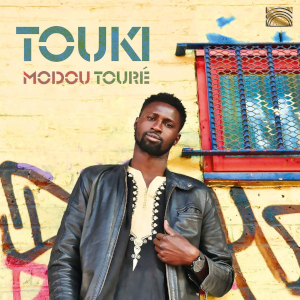 Senegalese singer Modou Touré has big shoes to fill as the son of Ousmane Touré, lead singer of the legendary band Touré Kunda, but he’s become a staple on the UK scene since settling in London in the late 00s. After success with guitarist Ramon Goose as part of the West African Blues Project, he now presents his debut solo album, Touki (A Journey).

The album’s theme comes from Touré’s life of travel, and his lyrics in four languages (Wolof, Mandinka, Soninke and English) talk about weighty topics such as development in Africa, poverty and famine, ancestors and faith. It can’t be said, however, that the music is similarly weighty. Touré’s lyrics are set to a soft’n’easy mix of soul-funk, reggae, rock and Senegalese rhythms that blend into something generic and inoffensive, further marred by frequent wailing rock guitar solos that never stop sounding out-of-place.

Here and there, moments do stand out with interesting Wolof melodies, influences from mbalax or the occasional darker and more atmospheric track (such as ‘Yeurmande’) but those moments are exceptions to the whole. Touré’s skills as a singer are evident, but are let down by uninspired backing. A missed opportunity.

The Zonke Family - At the Studio 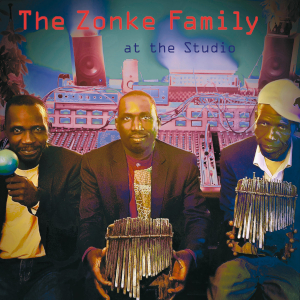 The Zonke Family
At the Studio
Lokalophon (39 mins)

The Zonke family hail from Nyampanda, a small border town on the Zimbabwean side of the boundary with Mozambique. They are also the knowledge bearers and masters of the matepe, a large mbira of the Marembe people. Here, three of the family – Anthony Zonke, Crispen Zonke and Chief Boyi Nyamande – share this age-old knowledge with the world.

So often mbira music is mixed with guitars, drum kits and synths, but its true power is most evident when it is allowed to stand alone, as it is here. It’s very refreshing to hear the music presented in this way – just the interlocking lines of the matepe, the polyrhythms of the hosho (rattles) and the overlapping yodels from all three participants. The power remains even when the musicians put down the matepe: ‘Tinotengana Kuipa’ is all ngoma (drums) and voice and is just as enchanting and entrancing.

It’s a sound that reflects back your own headspace. Light and airy, heavy and deep; it all depends on how much you choose to fall into the music. It’s a shame the album is so short. The force of the music is so irresistible that it feels like it could go on unabated for hours and hours on into the infinite.

Three musicians from three continents get together in a studio in the woods outside Oslo for two days of collective improvisation. The sounds that coalesce could be from a different place altogether, an unknown realm.

Jacob Young is a Norwegian guitarist and electronicist best known for his forward-thinking releases on ECM Records; American zoomusicologist, philosopher and author David Rothenberg gets back to his roots as an out-jazz clarinettist; Sidiki Camara, from Mali, is an in-demand percussionist who also contributes balafon, kamalengoni and voice.

The music that the trio make together is, for the most part, calm and meditative; it is the feeling of an ethereal forest as spoken through wind, string and wood. Within that forest lie bluesy licks, unexpected jazz chromatics and West African melodies, as well as many other influences that float on the breeze.

Through improvisation, Young, Rothenberg and Camara maintain their own musical personalities while attaining a universality that joins them together. They Say Humans Exist is an album of atmospheres, but it contains enough spikey edges to never quite dip into New-Age-iness. A more solid sense of direction wouldn’t go amiss, though. 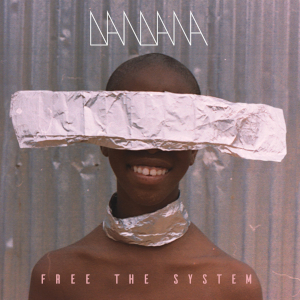 About this album, Dandana say ‘the old system can’t easily deal with young or new ideas.’ In a time where people are rising up against old systems all over the world, it is a message that is being heard more – and louder – than ever.

This is the music of generation gaps. Dandana are made up of traditional musicians who are not afraid to look above and beyond, and of contemporary musicians eager to delve into the depths of musical lore. Often those people are one and the same. With members from the Netherlands, Gambia and Senegal, the group journey across Senegambian soundscapes with electronica as their vehicle – and gather many guests along the way.

It’s an unusual mix – inspirations from the region’s classic psychedelic dance bands such as Guelewar and Ifang Bondi sit very easily alongside electronica production – but it’s one that yields a surprising depth. The result is full of chill dance vibes, ecstatic beats that lend themselves to peaced-out nodding just as well as full-body dancing.

Whether Free the System can help to unite old ways with new ideas and bridge generation gaps remains to be seen. With it, however, Dandana add their voice to a burgeoning international movement that is changing the way of the world as we know it.