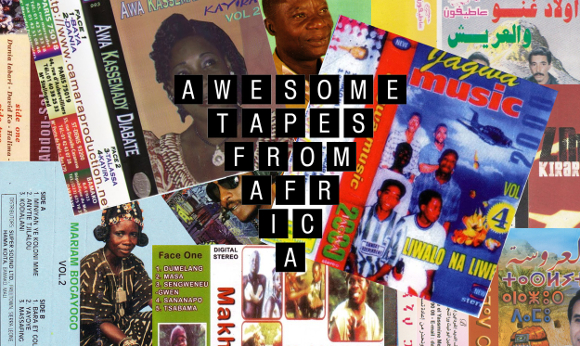 Downloads and streaming are king. CDs are holding on and vinyl is still enjoying its resurgence. So who’s flying the flag for the humble cassette? That would be Awesome Tapes from Africa. ATFA is a many-headed beast – online digital archive of music, record label for obscure re-releases and exciting new material, unique DJ sets…but it all comes back to the eponymous awesome tapes. Keeping it all together behind the scenes is Brian Shimkovitz.

The adventure started during a 2002 study-abroad period in Ghana, where cassettes were the prime currency of music exchange. Shimkovitz amassed tapes of all sorts, from traditional to popular and the most left-field recordings he could find. Even back in the US, he continued to pick up interesting African cassettes wherever he could, eventually starting the ATFA blog in 2006 to showcase just some of this rare, wonderful music. As the blog’s tagline proclaims, ‘this is music you won't easily find anywhere else—except, perhaps in its region of origin.’

The blog now contains hundreds of tapes from all over the continent, from rare, domestic-only releases by world music superstars to artists that you’d be hard-pressed to find, even if you knew what you were looking for. It wasn’t long until the idea formed to create a label to re-release some of these hidden gems. It blossomed, and since 2011, ATFA has released 15 full-length albums of reissues and original material, plus a bunch of EPs and remixes, featuring artists from Mali, Ghana, Somalia, Ethiopia, South Africa, Senegal and Eritrea.

The label doesn’t have a signature sound, but it certainly has a signature quality. Out of his collection of thousands, how does Shimkovitz pick the perfect albums to release? “It has a lot to do with just trying to find challenging music that other labels wouldn’t produce,” he says. “Mostly it’s to do with whether it seems like a crucial thing that isn’t otherwise available, or if it’s an important statement and a relevant or interesting way to look at a place.”

Summing up the ATFA philosophy, Shimkovitz says it’s “not really trying to do the hippest or trendiest stuff, never doing compilations, just letting the artists’ work speak for itself.” And so, Shimkovitz himself plays no real creative role in the label’s releases: the reissues are presented in exactly the same way as the original (including tape-hiss and original artwork), and if they’re recording a new album, the artist makes it exactly how they want, and get half of all profits, too. This is the way that ATFA has helped to revive careers (such as Hailu Mergia, the Washington DC taxi driver whose latest record, Lala Belu, is an Ethiojazz tour de force) and launch new stars (Ata Kak’s proto-techno-highlife-rap was little known even in his native Ghana – now he tours the world).

For Shimkovitz, it’s all a case of so much music, so little time: “There’s so many sounds that I want to focus on, different movements, different folkloric traditions. I always have so many plans to deal with.” With a bunch of new tapes of traditional, electronic and even country music ready to be reissued this year, there’s plenty more Awesome Tapes From Africa still to come.
Posted by JimHxn
Email ThisBlogThis!Share to TwitterShare to FacebookShare to Pinterest
Labels: Article, Music Business, Songlines Magazine, USA 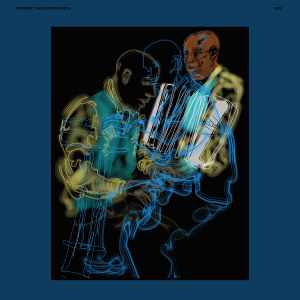 Hailu Mergia Lala Belu Awesome Tapes from Africa (39 mins) After reissuing three of Hailu Mergia’s classic albums to great success, Awesome Tapes from Africa have got the veteran Ethiopian jazz musician and full-time cab driver into the studio and produced his first new album for 15 years. And it’s a stonker. Lala Belu is a great Ethiojazz album, but it’s also a great jazz album, full stop. It’s all played by a trio, with Tony Buck on drums, Mike Majkowski on bass and Mergia on all manner of keyboards – accordion, piano, organ, synths, melodica, you name it – but various overdubs give the ensemble the sound of a hard-driving sextet. There’s all sorts in here, from cool soul-jazz at the beginning, dub excursions and Herbie-like synth spirals in the middle, and with a lovely piano solo piece at the end. The highlight is ‘Anchihoye Lene’, which starts laying down a deadly groove before Mergia’s organ takes it all the way to downtown Addis Ababa. Considering all that, the title track itself is a bit of a let-down. It’s a bit cheesy with its la-la-la-ing and solos that don’t have the same level of excitement as the other tracks. Never mind, though. The rest of the album is a blast – dig it!
Posted by JimHxn
Email ThisBlogThis!Share to TwitterShare to FacebookShare to Pinterest
Labels: Album Review, Ethiopia, Songlines Magazine 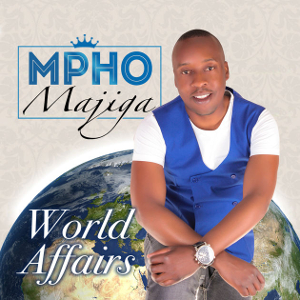 Mpho Majiga World Affairs Africantunz Records & Promotions (51 mins) Mpho Majiga is a South African gospel singer with a disco vibe. This is his fifth album, and World Affairs, as its title suggests, deals with big issues – songs encourage listeners to ‘say no to terrorism’ and to help victims of Ebola. The first impression of the album is MIDI-tastic – so many synthesised xylophones and programmed cowbell’n’claps. It gets less drastic the further through the album you get, but whether that is because it gets more tasteful or your ears just get used to it, I’m not really sure. Across the seven unique tracks and a handful of remixes and reprises, Majiga’s music is pretty much standard Afrogospel-pop but with less proselytising. It’s very cheesy and the musicality is not always perfect, but I have to admit it is rather charming. A lot of the tracks are fun and feel-good (slip the reggae remix of ‘Dream of Peace’ into your Summer 2018 playlist for smiles) and the best is saved till last, with a house remix of the track ‘Help’. If you like cheery, cheesy gospel and don’t mind a couple of questionable harmonies or MIDI instruments, maybe give this a shot.
Posted by JimHxn
Email ThisBlogThis!Share to TwitterShare to FacebookShare to Pinterest
Labels: Album Review, Songlines Magazine, South Africa
Newer Posts Older Posts Home
Subscribe to: Posts (Atom)