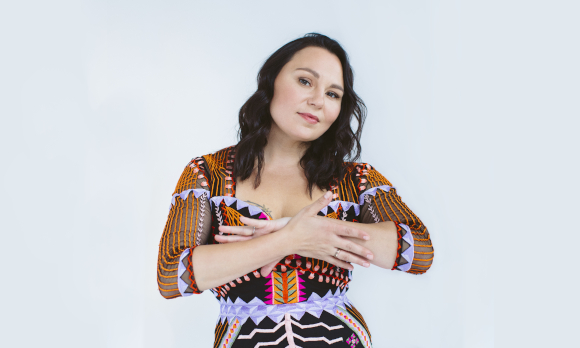 A collective of Inuit womxn musicians are boycotting the Indigenous Music Awards (IMAs) in a protest against cultural appropriation. The IMAs, which are run as part of the Manito Ahbee festival in Winnipeg, Canada, aim to honour the best in music from First Nations, Inuit and Métis musicians in Canada. Awards are presented in 19 categories covering a range of musical styles from pop to electronic to gospel and more traditional styles of hand-drum and pow wow music, alongside awards focused on music videos, producers and radio programmes.

However, controversy arose when Cikwes, a Nehiyaw Cree performer, was nominated in the category of Best Folk Album for her album ISKO. On the album, Cikwes uses a technique of throat-singing that imitates an Inuit style. The Arnaqquasaaq Collective, which includes Inuit artists Tanya Tagaq, PIQSIQ and Kelly Fraser, argue that such an imitation of a tradition with deeply-held and sacred meanings for Inuits is cultural appropriation, and reached out privately to both Cikwes and the IMAs requesting a withdrawal of the nomination. When withdrawal was refused, members of the Arnaqquasaaq Collective publicly announced a boycott, withdrawing their own nominations from the awards and refusing to submit to any further awards until Inuit people and artists are properly represented on the IMAs’ board of governors and a policy on cultural appropriation is adopted.

As a response to the boycott, Manito Ahbee released a statement, saying ‘We don’t presume to agree or disagree on this matter at this time, as it requires great reflection, ceremony and discussions on how we move forward in a good way, to ensure that we as Indigenous people uphold our teachings, and do not provide a platform for negativity and separation. We have been taught that our gifts from the Creator should be honoured and that we do not ‘own’ what is gifted to us, but that it is our responsibility to share those gifts.’ The festival’s director, Lisa Meeches has also been quoted as saying she did not believe that cultural appropriation between Indigenous people was possible.

Tagaq responded to the statement with a lengthy Twitter thread, saying ‘Do you know that Inuit have our own ceremonies and religion? Or did you assume that the creator origin could be applied to anyone kind of brown? Acknowledging these differences in culture isn’t an act of division, it’s a sign of respect. If we respect each other’s cultures and EDUCATE each other, the rest of the country may follow suit. Artists choosing to omit their own artwork and presence at an awards show in peaceful protest to show displeasure at bureaucratic procedure is NOT negative or inflammatory.’

Later on, she followed up: ‘Regardless of any outcome to this nuanced conflict, I am resting assured that we have conducted ourselves with dignity and patience. Our voices HAVE been heard by the right people.’ 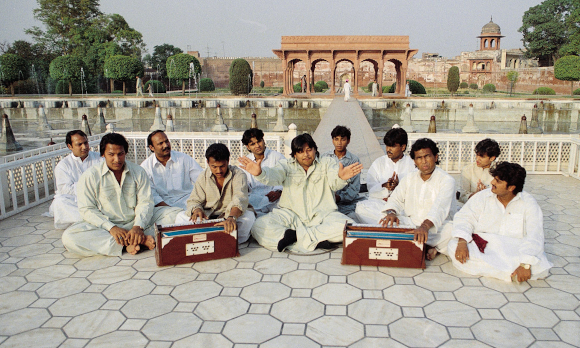 When the great qawwal Nusrat Fateh Ali Khan died in 1997, it fell upon his nephews to continue his legacy. Since then, Rizwan and Muazzam Mujahid Ali Khan have secured their status among the most highly respected qawwali musicians on the international scene. That reputation was on show at their recent concert in London. The event was sold out far in advance and the musicians’ reception was incredible. The crowd was raucous, cheering each song as it was announced with wild enthusiasm.

The massed voices of the ten-man qawwali party is one of the world’s most powerful musical spectacles, and it was again tonight. Soaring and roaring above the chorus were the solos of Rizwan and Muazzam themselves, who amazed with feats of breath, tongue and vocal control. There’s no getting away from the fact that this was undoubtedly a concert instead of a traditional mehfil-e-sama. Because the party were on stage, they were very much separated from the audience, leading to a slightly sterile atmosphere at times. No-one in the crowd was transported to spiritual ecstasy or got up to present offerings to the party. It reflected musically, too, with aspects of the arrangements and performance obviously Bollywoodified to some degree.

Nevertheless, the group’s experience allows them to give the audience just what they want, and the crowd duly responded. The concert’s two-and-a-half hours passed in what felt like 30 minutes. It wasn’t the most solemn or devotional occasion, but it was certainly a great night of wonderful music. 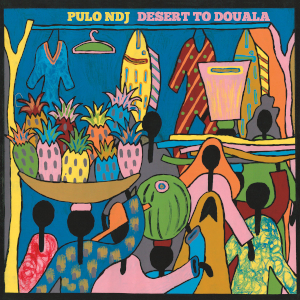 Pulo NDJ is a project that broadcasts from the musical midpoint between N’Djamena, Chad, and New York, USA. DJs Nickodemus and djbuosis met with musicians in the Chadian capital and recorded many hours of music with their portable studio before remixing it all together with house and electronica, with the full blessings of the musicians.

Desert to Douala perfectly reflects the nature of the project’s two cities; there are all sorts of music thrown into Pulo NDJ’s pot. There are traditional instruments like the garaya (calabash lute) and balafon (xylophone), but also retro keyboards and electric guitars, and then the programmed drums, deep basses and massive synths from the producers. It’s especially exciting when the Chadian sounds merge seamlessly with the electronics, such as on ‘Mbaoundaye’, where the buzz of the balafon blends with the synth bass, traditional drums are sampled into dance beats and ululating singers caress the lot of it.

The music of Chad is rarely heard outside of the country itself, so it’s great that this project is giving it wider attention. With the amount of recordings that were surely made, it’s strange that the album is so short. Hopefully it’s just the beginning of Pulo NDJ’s journey. 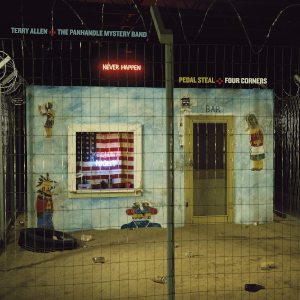 Now here’s a fascinating one. Terry Allen is an artist of many forms: a conceptual artist, painter, writer, playwright and (most prolifically) a country musician. This release is a collection of five performance pieces recorded between 1985 and 1993. The works are each based around spoken word performed over musical beds and frequently interspersed with songs. Allen’s stories revolve around the lives of people at the fringes of society, usually within his native Texas; laced together with the music, they create extremely riveting and evocative set-pieces.

The first piece is ‘Pedal Steal’. Originally written as a soundtrack to a dance performance, it tells the tragic tale of ne'er-do-well pedal steel player Billy the Boy. The narrative is punctuated and accompanied by a mixture of country music, Navajo songs, Tex-Mex conjuntos and jazz as well as abstract soundscapes and found sounds.

The ‘four corners’ of the album’s title are four radio plays, each following a different set of outlaws, peasants and down-and-outs. They are as charming, wistful and bittersweet as ‘Pedal Steel’ with the exception of one. ‘Torso Hell’ is as evocative as the rest, but completely unpleasant, a dark, disturbing and ultra-violent critique on war narratives in Hollywood. Good art maybe but that doesn’t mean it’s enjoyable – a shame compared to the rest of the set. 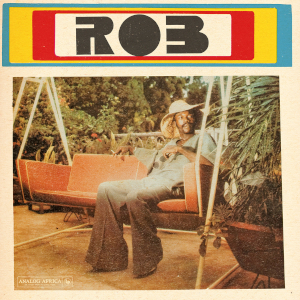 This album was the 1977 debut by the monosyllabically mononymic Rob, freshly back in his hometown of Accra, Ghana, after honing his skills in Benin as part of the Orchestre Poly-Rythmo de Cotonou. Originally enjoying only a small number of pressings, Rob passed into record collectors’ legend; it was reissued once by Analogue Africa in 2011 in limited numbers, and now Mr Bongo is finally giving it a full-scale international release.

With Rob on organs, synths and vocals and backed by the wah-wah guitars, interlocking percussion and blasting horns of the Mag-2 band (and as those opening lyrics tell you), funk is the main ingredient here. A lot of the music is very much in the James Brown mould, but highlife plays an important role too, and the traditional rhythms of the drums root the sound unmistakably within West Africa.

There’s a range of moods across the album, and although it feels as if the musicians are more comfortable playing for the disco than the lounge, each track is as cool as the next.