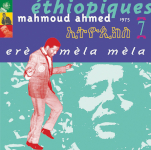 Mahmoud Ahmed
Éthiopiques, Vol. 7: Erè Mèla (Buda Musique, 1999)
Erè Mèla Mèla, the 1975 classic by singer Mahmoud Ahmed, is a masterwork of psychedelic soul with shades of James Brown and a bagload of groove. It was the first album of Ethiopian music that producer Francis Falceto ever heard, kick-starting the epic journey that would lead to the creation of Éthiopiques. 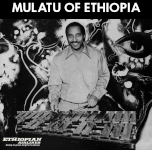 Mulatu Astatke
Mulatu of Ethiopia (Strut Records, 2017)
This Strut release is a remaster of the 1972 album that solidified the vibraphonist and electric piano player’s unique sound. Recorded in New York with a band of American and Puerto Rican musicians, this was the first time that Mulatu’s music fully solidified into the distinctive blend of post-bop jazz, Afro-Latin percussion and Ethiopian melodic modes that became known as Ethiojazz. 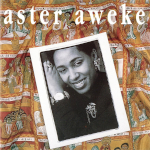 Aster Aweke
Aster (Triple Earth, 1989)
Aster Aweke was the first big Ethiopian star of the world music era. Her self-titled international debut may suffer a bit from overly cheesy production, but the compositions are solid Afropop and the sheer power of her voice is undeniable. There’s also a handful of simple voice-and-krar (lyre) pieces that are just delightful. 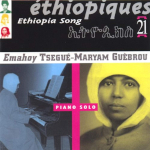 Emahoy Tsegué-Maryam Guèbrou
Éthiopiques, Vol. 21: Ethiopia Song (Buda Musique, 2006)
Emahoy Tsegué-Maryam Guèbrou is a musician like no other and her music is entirely unparalleled. Once an aspiring and promising concert pianist, God’s will intervened and she became a nun. Music never left her, though, and she instead created her own style. Her compositions for solo piano draw on Orthodox hymns and the melodies of the krar and begana lyres, but their lilting and uplifting textures bring to mind the watercolour tones of Debussy or Chopin. 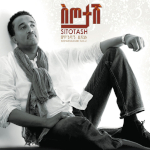 Shewandagne Hailu
Sitotash (Nahom Records, 2013)
The sounds drifting out of the cafés, bars and taxis in Ethiopia are not those of Ethiojazz or traditional songs of the azmari bards – instead, what you’ll hear is out-and-out pop. Shewandagne Hailu is one of the biggest pop stars of recent years; his music is a mix of reggae and R&B with typical boy-band fare, but it all has an unmistakably Ethiopian feel. 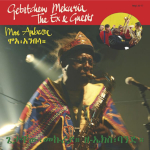 Gétatchèw Mèkurya, The Ex & Guests
Moa Anbessa (Terp Records, 2006)
Gétatchèw Mèkurya developed his tenor sax playing by directly imitating the sound of the masenqo (one-stringed fiddle), and the resulting technique sounds strangely similar to the free jazz of Albert Ayler. When he plays in conjunction with pioneering Dutch post-punks The Ex, that sound becomes positively head-banging. 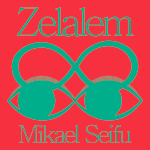 Mikael Seifu
Zelalem (RVNG Intl., 2016)
Mikael Seifu is a leading light in Ethiopiyawi Electronic, a bubbling underground scene in Addis Ababa (with exclaves in Washington, DC). The style takes electronic music and views it through an Ethiopian lens, creating something that is relevant to the internationally-connected urban youth. The result is downtempo house and trance with a dark and brooding atmosphere, often anchored in samples from masenqo, krar or Ethiojazz classics. 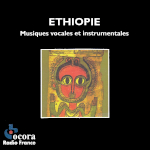 Various artists
Ethiopie: Musiques Vocales et Instrumentales (Ocora, 1994)
Ethiopia is home to over 80 ethnic groups, each with their own distinct musical culture – there’s much more to its folk music than azmaris. This double album of field recordings from the 1960s represents all sorts of traditional music from the length and breadth of the country, from interlocking flute ensembles and thumb pianos to multi-part polyphonic singing and the sounds of a raucous tejbet (honey-wine parlour). 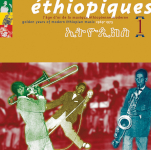 Various artists
Éthiopiques, Vol. 1: Golden Years of Modern Ethiopian Music 1969-1975 (Buda Musique, 1997)
The Éthiopiques series made the world sit up and pay attention to the retro sounds of Ethiopia in its musical golden age – this first volume is the perfect introduction to that scene. This compilation focuses on some of the most exceptional singers of the period such as Mahmoud Ahmed, Gétatchèw Kassa, Sèyfu Yohannès, and everything is imbibed with the smoky atmosphere of Addis Ababa’s coolest nightclubs. 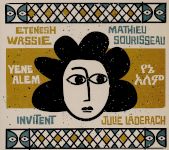