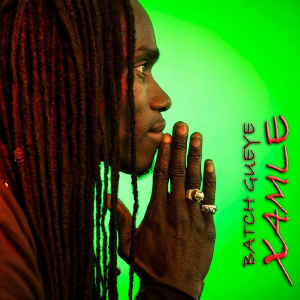 Growing up as a dancer in Senegal and reinventing himself as a singer in the UK, Batch Gueye is starting to make a name for himself and now comes out with his second full-length album.

Most of the album has an acoustic feel with twinkling guitars, kora and xalam (lute) creating a bright field of sound for Gueye’s high-pitched Wolof vocals. Backed by traditional drums and percussion instead of a drum kit, it all adds to a laid-back vibe that runs all the way through.

Unfortunately, compared to his impressive debut album, 2015’s Ndiarigne, this follow-up falls a little flat. On Xamle, he seems to have played it too safe, rather than improving the good thing he had going. Every track here seems to have the same atmosphere to it, making it all somewhat repetitious and unexciting by the end.

A small exception is an interesting bonus at the end of the album: ‘Fans Club’ is a club-focused track with drum machines and synths galore that shows Gueye in a different light, which is quite fun. It’s just a bit of a shame that Xamle doesn’t live up to what came before.
Posted by JimHxn
Email ThisBlogThis!Share to TwitterShare to FacebookShare to Pinterest
Labels: Album Review, Senegal, Songlines Magazine
Newer Post Older Post Home