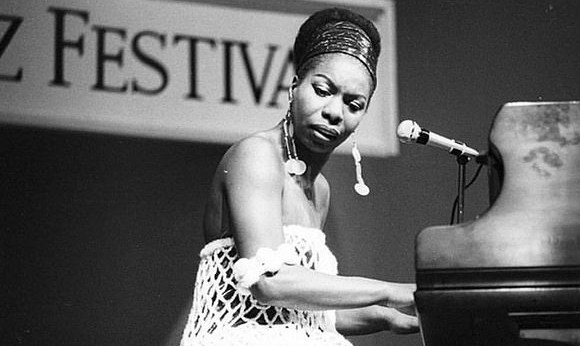 On April 7, 1968 at the Westbury Music Fair in New York, Nina Simone performed a new song called ‘Why? (The King of Love is Dead)’. Written by bassist Gene Taylor and taught to the band just that afternoon, the song was a response to the assassination of Martin Luther King, which occurred just three days earlier. It is a 13-minute exploration of sadness, anger and solidarity, performed by the immaculate Dr Simone. It pulsates with emotion and power. The song was never recorded in a studio; it didn’t need to be. The show was recorded live and this first rendition was perfect. It has become known as one of Simone’s greatest pieces.

I have been playing that song almost daily over the last few weeks, so of course it’s right at the top of my mind. But I’ve also been listening to some not-so-good concert albums lately too, and these joint experiences have got me thinking about the place that live albums occupy in our record collections.

There have been amazing live albums through the years that have become essential additions to any collection; some concert-recorded versions of pieces have even become definitive over those from the studio – Bob Marley’s ‘No Woman No Cry’ is a prime example. But when you think about it, the live recording is a rather strange phenomenon.

It’s because the quality of live albums can hardly ever stack up to that of studio albums. First of all, the musicianship on display at a gig is rarely at the same standard. In a studio, an artist can spend days recording the same pieces over and over again and that will necessarily yield near-perfect performances, but if you have just the one chance and one take to record a concert, then the rough edges of a performance will be there to hear forever. And then there’s the sound quality: until recently, live recordings have usually sounded far inferior to those made in-studio. An exciting stage presence and a large, unpadded room makes setting up microphones a less precise science than in the controlled environment of a recording studio. It means that the end results are often noisy or muddy-sounding, instruments don’t sound as sparkly as they should do, and lyrics are harder to discern. That’s not even mentioning the dreaded feedback that still manages to find its way onto albums now and then.

Nevertheless, we love them. The live recording has an enduring popularity. Many artists release live material at some point, whether as an album, as bonus tracks or as special downloads. If they never get released, there are always bootlegs floating about. So…why?

Watching an amazing concert is one of the pinnacles of being a music fan. When everything lines up just right – the music is excellent, the crowd is up for it and the chemistry between the artist and their audience is flowing – it is simply a sublime experience. It’s the reason why the received wisdom is that most bands have to be seen live to fully understand their music. It is natural, then, that both artists and fans want to capture and relive this feeling in some way. But surely reliving only works when the listener went to that specific concert (or at the very least, the same tour). What about everyone else?

It may well be something deeper than our conscious opinions on the quality of art. Maybe live recordings trigger a more instinctive reflex of our animal brains; a subliminal reaction to the unnaturalness of multi-tracked recordings. Perhaps our brains recognise the ‘uncanny valley’ aspect of a piece of music made by musicians who do not occupy the same physical or temporal space as one another. The live album is a reaction against that: music as it was meant to be made ‘naturally’, a group of people communicating communally with each other through sound and song. It is, as humans tend to strive towards, an authentic (as opposed to synthetic) experience.

And humans love to be part of something. It’s one of the thrills of being at a great gig. Audience and artists all experiencing the same moment together, collectively and socially, and that’s a special thing. Live albums can’t replicate it thoroughly (you can’t get that unique heat or smell of a close crowd, especially if they’re in dance mode), but it does let you imbibe some of that same feeling, receiving an amount of that same connection to the artist in their most heartfelt moments. It tells some quiet part in the back of your brain that you are part of this very special group who understands this music in a very special way.

For all their flaws, it could be that we just like it that way. It’s those imperfections that make it sound natural and communal to us. The latest album of a shall-remain-unnamed West African artist was stitched together from material from several dates of a tour. Listening to it, I realised that something about it seemed not quite right. I’d heard all of the pieces before and I felt I knew these versions. These were live recordings, but the sound quality was so good, the audience so quiet in the mix and obviously the best takes used that it didn’t have the live vibe at all. The tracks just sounded like re-recordings of those I already knew.

It seems to me like we crave that imperfection. To err is human, after all. When we hear that not every note is spot-on, when the sound is a bit off and there is a slight bubble of crowd noise in the background, it reassures us that the musicians are real people, and that our emotional connection to them and their music is well-placed.

So, basically: live recordings have to be bad to be good. Within reason, obviously. But so what? Let’s revel the bizarreness of our human brains and enjoy good music, bad or otherwise! After all, some of it may be the best recordings ever made.