Various Artists - The Rough Guide to the Music of Mali 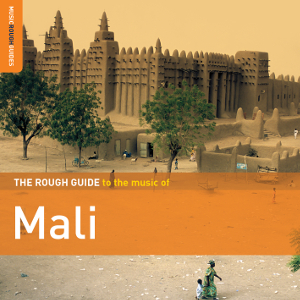 So, just how does one represent such a musical powerhouse of a nation as Mali into just one CD? Well, this Rough Guide has a fair go of doing just that. Big names are included, such as Oumou Sangaré, Bassekou Kouyaté and Ali Farka Touré, but other superstars (Salif Keita, for one) have been bravely left out to showcase less well-known artists, which helps keep the album feeling fresh and exciting.

Pieces from a wide range of cultures from all corners of Mali are included on this compilation, from traditional Mandé jeli music in the south to Tuareg rock in the north. Unfortunately, although the compilation is stylistically varied, only music from the last 18 years is featured, with none of the legends from the 1970s making an appearance. The popular music of today’s Malian youth is also absent: there are no hip-hop or R’n’B artists here.

Taken on its own, this is a collection of great music. It’s a stonking listen, covers a good range of Malian music and comes with a bonus CD by Samba Touré. It just seems as if it may be impossible to do justice to such a musical country in only 70 minutes.
Posted by JimHxn
Email ThisBlogThis!Share to TwitterShare to FacebookShare to Pinterest
Labels: Album Review, Compilation, Mali, Songlines Magazine
Newer Post Older Post Home