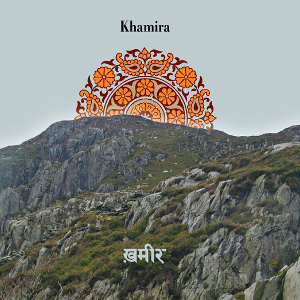 Khamira is a coming-together of Welsh folk and Hindustani classical styles through the unifying medium of jazz.

Seven musicians are involved: trumpet, piano, bass and drums making up the Welsh contingent, and guitar, sarangi and tabla, the Indian. All are well-versed in jazz; however, on this debut album, Khamira’s various styles peacefully co-exist, rather than fuse. There are portions of jazz followed by sections of Indian music, but they very rarely meld together in any significant way. ‘Dance of Nothingness’ is probably where the styles are most intertwined, and as such, it’s the best track of the bunch. The Welsh element is the most elusive: most of the pieces are based on Welsh folk tunes, but that can only be clearly heard in one track, ‘Y Gwydd’.

There are stand-out moments, to be sure. The duet between Suhail Yusuf Khan’s tender vocals and Tomos Williams’ Miles-style trumpet that is ‘Ffarwel i Gymru/Morey Nain’ is a delight, and there are individual moments of brilliance in the solos across the pieces.