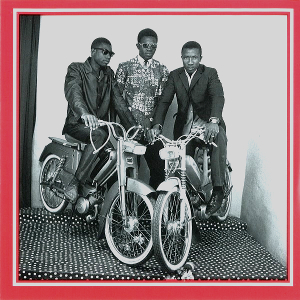 The dance band craze of the 1970s saw groups from all over West Africa putting their own spin on Latin music. Mali was no exception, where deep Mande roots blended with twinkling guitars, crunchy synths and punchy horn sections. This compilation explores the best of Malian music from that golden age.

Featuring tracks from the biggest groups of the era, such as the famous rivals of Les Ambassadeurs and the Rail Band, this album also showcases lesser-known bands, including Idrissa Soumaoro et l’Eclipse de l’Ija, whose long-lost recordings never received an official release.

This collection takes in the spectrum of Malian dance band music, from the more traditional, griot-inspired styles as heard on ‘Fadingna Kouma’ by Zani Diabaté’s Super Djata Band, to some straight-outta-Havana salsas like Les Ambassadeurs’ ‘Fatema’. An interesting inclusion is a piece in the wassoulou style (based on traditional hunters’ music) by Alou Fané & Daouda Sangaré. It’s as wonderful as the rest, but lacks the dance band aesthetic and stands out because of that.

Nevertheless, with such a wealth of amazing music from this period in one of the most musically-renowned countries in the world, it’s difficult to go wrong; The Original Sound of Mali certainly doesn’t.
Posted by JimHxn
Email ThisBlogThis!Share to TwitterShare to FacebookShare to Pinterest
Labels: Album Review, Compilation, Mali, Songlines Magazine
Newer Post Older Post Home