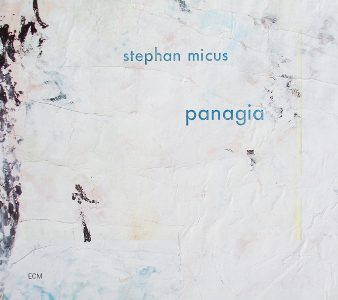 This album is based upon seven Byzantine Greek Orthodox prayers to the Virgin Mary – the titular Panagia. Micus uses this image to represent the ‘female energy’ that is represented in goddesses in many religions and the concept of yin and yang in Taoism, believing that this work helps to spiritually balance the male-dominated world we live in.

In his usual style, Micus performs all parts of the album himself on instruments thrown together from all over the world – here he uses plucked and bowed string instruments from Pakistan, Bavaria, India and East Turkestan, as well as the Egyptian ney (flute) and his own invention, the 14-string guitar. The styles of music he plays on these instruments are no less varied, from Greek Orthodox and Gregorian church music to elements of Indian and Chinese classical music. Micus’ vocals also play a prominent role on the album and they’re sung entirely in Greek – a language he doesn’t understand.

As pretentious as the album’s concept and execution seems, the music on it is actually not unpleasant. Most tracks display an interesting array of genres from around the world without staying overly precious to the instruments the artist has adopted. Micus’ overdubbing technique works well for the most part, especially during instrumental pieces, although it does have a tendency to get a little unsettling when vocals are involved – a chorus of 22 Stephan Micuses (Mici?) is somewhat disconcerting.

This is a good relaxing listen, and more enjoyable if you appreciate its spiritualism, or alternatively, ignore it.
Posted by JimHxn
Email ThisBlogThis!Share to TwitterShare to FacebookShare to Pinterest
Labels: Album Review, Germany, Previously unpublished
Newer Post Older Post Home